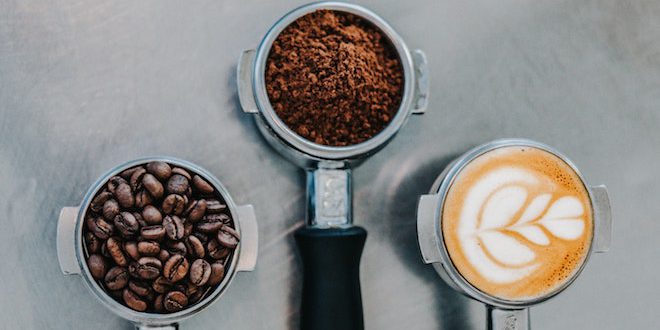 One of the foremost beverages when it comes to worldwide popularity, coffee’s immensely popular nature is largely in part due to its high caffeine content. As a result of the presence of high levels of this well-known stimulant in coffee beans, consumption of coffee results in a number of positive effects which gets people hooked on this enjoyable beverage. In this article we are going to analyse which one has more caffeine an espresso shop or brewed coffee.

Some of this effects include a boost in energy levels, metabolism, various aspects of brain function like memory, mood, alertness, general cognitive function, etc. and a reduction in the feeling of tiredness. This long list of highly positive effects endears a first-time coffee drinker to this caffeinated beverage, getting him hooked to it.

And this scenario is further aided by the fact that there is a lot of variety and options when it comes to enjoying a cup of coffee, the most common being the regular brewed coffee that is prepared at home with the help of a coffee maker or by the pour-over method.

You can also try pressing your beans. In doing so, the coffee oils end up in your cup and add to the flavor. This is unlike using a drip pot where the oils never get past the filter. A coffee made with a French press actually tastes better than coffee made in a drip pot. Since you’re gunning for great coffee taste, you want all the flavor you can get.

But in recent years, the coffee landscape has seen a massive rise in the consumption of espresso and espresso-based drinks. Espresso is basically a rich, highly concentrated form of coffee that is high on flavor & aroma and is consumed in the form of ‘shots’. A shot of espresso is just one ounce in volume but is much stronger and bitter to taste as compared to a cup of regular brewed coffee.

Also, as a result of this small serving size of espresso, it is consumed much faster than a cup of drip coffee which leads to the person drinking it experiencing a quick boost of caffeine, as opposed to the regular brewed coffee which is sipped leisurely, resulting in the caffeine being absorbed in the body at a slow pace.

This characteristics of espresso have resulted in a lot of people believing and suggesting that a shot of espresso contains a higher amount of caffeine than a regular cup of brewed coffee, which in fact is not true. Let’s see why!

Espresso is prepared with the help of an espresso machine which forces pressurised boiling water through finely ground coffee beans in a matter of seconds to yield a small amount of coffee that is highly concentrated in nature.

Here is some of the key info regarding the preparation of espresso:

The diverse range of hugely popular coffee drinks like cappuccinos, lattes, macchiatos, americanos, mochas and more are all made upon a base of espresso shots. Most of these espresso coffee drinks generally consist of a couple of espresso shots in combination with a number of other ingredients. These are the coffees we normally see in a Starbucks travel mag.

A post shared by Daily Dose of Coffee (@coffeedosedlove)

This is the coffee that is being prepared in homes across the globe for a number of generations. It is a thinner, less concentrated beverage that usually has a milder flavor as compared to espresso.

Its preparation is extremely simple, with hot water being poured over ground coffee beans, which passes through a filter and into the coffee pot.

It is further combined with milk, sugar, etc. or just consumed as black coffee without adding any ingredients. This type of coffee is also prepared with the help of coffee machines. These machines are very easy to operate, are inexpensive and can prepare a cup of coffee in just a few minutes.

Also in contrast to espresso, by spending just a small amount of effort, an individual can produce a large quantity of coffee with the help of these machines.

Here is some of the key info regarding the preparation of regular brewed coffee:

As far as the caffeine content of espresso and regular coffee is concerned, there are a lot of misconceptions among people with many people believing that a shot of espresso has a higher amount of caffeine than a serving of regular brewed coffee.

So let’s clear all this confusion and get acquainted with the actual truth.

The truth is that when it comes to the caffeine content of this two types of coffee, which one has more caffeine is dependent on what you use as a defining factor.

If you compare the caffeine content of espresso vs. regular coffee in terms of volume, then a shot of espresso has a significantly higher amount of caffeine per unit volume.

TAKEAWAY: 1 shot of espresso (1 ounce) has around 60-65 mg of caffeine while 1 ounce of regular brewed coffee contains around 9-18 mg of caffeine.

On the other hand, if you compare the caffeine content in terms of ‘per serving’, then a regular cup of brewed coffee trumps the shot of espresso by a considerable margin.

TAKEAWAY: A cup of regular brewed coffee (8 ounces) contains around 70-140 mg of caffeine, which is higher than the 60-65 mg of caffeine present in an espresso shot.

Also, when we say that an 8-ounce cup of brewed coffee has 70-140 mg of caffeine – it is just a broad approximation as the caffeine content in brewed coffee is dependent on a number of factors, with some of them being the type of coffee bean, the roast, grind size, amount of coffee used, and water temperature among other factors.

The cup of coffee that you brew at home certainly has more caffeine in it than a shot of espresso. However, an espresso shot is just a highly concentrated version of coffee that is consumed in small amounts which gives a quick caffeine boost.

Whatever type of coffee you are going for, enjoy your cuppa!

Maite Aja is our Content Editor and Graphic Designer. She has recently graduated in Advertising and Public Relations and is specializing in an area that she loves: digital marketing. She's curious and passionate and enjoys spending her free time reading or watching TV series.
@maiteaja
Previous 7 Waffle Recipes for Lunch Dinner and Breakfast
Next Should I Move To Another Country Permanently? 5 Things To Consider