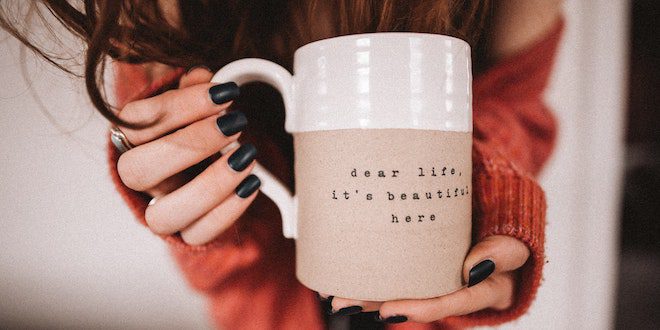 There are many healthy coffee alternatives available to order in cafes for those of you who want to find a replacement for classic coffee. Whether you want to try something different from the standard cappuccinos or lattes that you usually order, or desire a healthier beverage, the choices are plentiful. Here are our eight suggestions for healthy coffee alternatives:

While the precise origin of Kombucha is debatable, it likely originated in China and then spread along the Silk Road. Kombucha is a fermented drink made with tea, sugar, bacteria, and yeast. Through the fermentation process, probiotics, acetic acid, and antioxidants are obtained.

It is worth noting, that there are some downsides to drinking this beverage as well. People with weak immune systems due to HIV should avoid it. The main reason for that is that Kombucha can support bacteria and fungus growth. And these can cause severe infections in certain situations.

You may also like: The Tea Ceremony Around the Globe

Matcha tea plants are grown in Japan, even though the origins of matcha can be traced back to the Tang Dynasty in China. As with coffee, matcha tea is also a caffeine drink but has many other benefits. It is a green tea that requires taking young tea leaves and grinding them into a bright green powder, which is then mixed with water.

Catechins, the antioxidants found in matcha tea, are known to have cancer-fighting effects. It is also known to reduce blood pressure and bad LDL cholesterol.

You may also like: Benefits of Matcha and how to use it

A post shared by the Winthrop Book Depot & Cafe (@book_depot_)

A blue-flowered chicory plant was cultivated in ancient Egypt and its roots have been used for food and medicine ever since. In 19th century France, when there was a shortage of coffee, they started mixing it with roasted and ground chicory root. Some people started using plain chicory poweder instead of coffee and it remained popular up to this day.

While roasted chicory taste is similar to coffee, it is a good alternative for those searching for a caffeine-free version.

Chicory coffee is known to have benefits on your digestive system and gallbladder. It is may also improve blood sugar control and support weight loss. However, it is best to be aware that it can also cause side effects such as flatulence, constipation, or diarrhea.

Masala chai is milky spiced tea usually sweetened with a generous amount of sugar that originated in India. It gained popularity across South Asia and now you can find its variations in trendy coffee shops.

Masala chai is traditionally prepared by boiling black tea with a special spice mix containing ginger and black pepper. It is sold from roadside stands and carts in India and traditionally served in small clay cups.

Masala chai is an excellent source of antioxidants. It improves digestion and energy levels, reduces inflammation, and improves your teeth’ health. It can even soothe period pain, fight off headaches, improve your cognitive function, and increase focus.

Like masala chai, turmeric or golden milk originated in India and became available across trendy cafes worldwide. If you are not a coffee drinker, golden milk, also known as a golden latte, is a perfect caffeine-free alternative. It contains revitalizing spices such as cinnamon, ginger, black pepper, and turmeric. Cardamom, vanilla, and honey can also be added to it.

Thanks to the potent chemical curcumin found in turmeric, this beverage can help fight inflammation. In addition, black pepper is known to increase the ability to absorb curcumin, as does fat.

Golden milk is also famous for its ability to fight infections, manage pain, strengthen the immune system, help kidney function and promote liver health. Furthermore, it can even be combined with additional immune system supplements such as tablets or oils to further boost your immune system.

You may also like: 10 Things you don’t know about Arabic Coffee

Yerba mate is a South American drink that dates back to precolonial times. Guaraní people who lived in the territory of present Uruguay, Paraguay, Argentina, and Southern Brazil passed on the tradition to the immigrants, and it became rooted into the daily life of people of this region.

Yerba mate is a fantastic alternative to classic coffee. It is famous for relieving headaches, improving depression, and helping with weight loss. Yerba mate is also believed to contain higher quantities of antioxidants than regular green tea.

However, it is best not to abuse this beverage as it does not come free of side effects. If you drink too much yerba mate, you risk getting insomnia, restlessness, nausea and vomiting, increased heart rate, and breathing.

Rooibos is a broom-like bush native to South Africa. The dried leaves are used to make herbal tea. It contains no caffeine, so it is excellent if you want to replace your coffee with a healthier beverage.

Rooibos tea has lower tannin levels than regular black or green tea. It also contains no oxalic acid which leads to the formation of kidney stones. So, rooibos tea is a better alternative in this sense. It may also help prevent cancer and increase your heart health.

The hibiscus plant is indigenous to continental Africa, but now can be found in many tropical regions around the world. Consumed both hot and cold, tart and refreshing hibiscus tea is a tasty substitute for your usual coffee.

There is no other herbal tea with higher antioxidant levels than hibiscus. It benefits those who have heart problems or type II diabetes.

This coffee alternative selection should help you find your new favorite morning drink. So give them a try and see which one you like best!

Maria Kennedy is the managing editor at Travel for Food Hub. Maria is on a full-tilt mission to share local food and travel inspiration. When she is not writing about food and travel, startups or social media, she is enjoying her time with her boys in sunny Spain.
@mariaonzain
Previous 5 Things to Consider When Ordering a Wedding Cake
Next Top 3 Teas from Around the World