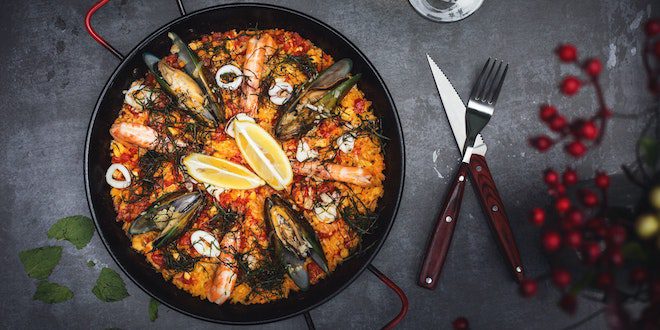 Best 4 Places to Visit in Spain for Foodies

Spain is one of the top destinations in Europe because it combines sunny days, big adventure, rich culture and a fantastic culinary offer. Travellers visiting Spain are spoilt for choice. Check out these suggestions of places to visit in Spain for foodies:

The island of Tenerife is an utterly unique place. Visiting the longest volcanic tube in Europe and the Teide National Park will make you feel like discovering another planet. This Canary Island has so much to offer inland, but you can also experience some wonderful activities in the sea. You can enjoy a boat trip or even go whale watching in Tenerife and sighting cetaceans, which is a once in a lifetime experience you can’t miss when visiting the island.

A post shared by Tenerife Sailing Charters (@tenerifesailingcharters) on Jan 29, 2017 at 4:19am PST

Some local dishes you will love include ‘papas with mojo’, fish mixed grills, fish casserole and black pig, among others. Locals on the island know how to beautifully cook fish and seafood.

TAKEAWAY: The famous British writer Agatha Christie visited the city of Puerto de la Cruz in 1927. “The lady of mystery” went to the islands to recover from a strong emotional crisis. After 15 days of rest in Tenerife, she returned to England recovered by the tranquillity that the place provides. Several of his novels are set in the landscapes of the islands.

The capital of Catalonia is a must go for all those who are visiting Spain. When visiting Barcelona for the first time, you should get into ‘Sagrada Familia’. One of the most famous churches in Spain. Antonio Gaudi designed the unfinished masterpiece, and its construction began in 1882. You may also want to go up to ‘Parque Güell’ to enjoy a spectacular view of the city of Barcelona.

Catalan gastronomy is as diverse as delicious. From fresh fish to the most amazing dishes cooked with products from the local land. For breakfast, locals have a coffee with ‘pan tomaca’. It consists of spreading a raw tomato on a piece of toast until it is red and soft. And then, adding a splash of olive virgin oil to taste.

For lunch you may want to try coca, a classic street food similar to pizza; ‘escalivada’, a dish with peppers, eggplant, onions and tomatoes cooked with anchovies on top. Or, ‘butifarra con monguetes’, which is a traditional tasty sausage that locals cook on the grill, and it is usually accompanied with white or pink beans.

For dinner, you can’t miss their delicious ‘fideuá’, ‘seafood or mixed paella’ and ‘black rice’, cooked with squid ink to give it such a characteristic colour. You can’t leave Barcelona before trying their most traditional dessert, ‘crema catalana’. It is a cream covered with a superficial layer of caramelised sugar that, as tradition says, you have to break with a spoon before eating it!

This Basque city located in the north of Spain is ideal to visit in the summer. Its two beaches are completely different from each other. On one hand, La Concha, a relaxing beach in a beautiful bay, has always been a destiny for royal families and wealthy people. On the other side of town, in the surfers’ neighbourhood of Gros and next to the congress palace ‘El Kursaal’, there is another beach called ‘La Zurriola’, ideal for young travellers.

The old quarter of San Sebastian, situated between these two beaches, is an obliged visit for foodies visiting the area. At around one in the afternoon and eight in the evening, the local taverns filled up their bars with mouth-watering ‘pintxos’, an absolutely unique visual display of food that you won’t see anywhere else.

For a sit-down menu, you may want to order a spectacular steak on the bone with salad and chips, ‘marmitako’, which is a tuna and potatoes casserole or ‘bacalao al pil pil’, cod in a creamy sauce made with olive oil, garlic and chilli peppers.

This Galician city is the last stop of the Way of Saint James what makes it a very special place. When you get there, an immense feeling of arrival invades you and the pilgrimage atmosphere is like nothing you have experienced before.

Once in Santiago, you may want to take one of the famous guided tours through the Cathedral and the historic buildings surrounding it. A good tip is to go at 12noon to attend a pilgrim mass and see a ‘botafumeiro’ censer in action.

Galicia is the best place in Spain for fish and seafood lovers as it is not only of the highest quality but also very reasonably priced. Some must-try dishes in Galicia include ‘pulpo a la gallega’, hake cooked in various forms, lobster, scallops, barnacles, oysters or you can simply order a ‘mariscada’, which is a huge seafood platter with everything you can imagine!

Some other delicious local foods you should try when visiting Santiago are ‘padron peppers’, pork shoulder with greens and ’empanadas’, which is a traditional tuna pie.

And the list could go on and on because, as you can see, the food offer in Spain is as broad as delightful. Their long gastronomy tradition combines the best raw materials with exceptional and creative ways of cooking them. So next time you visit these placs in Spain for foodies, make sure you are hungry and ready to try new flavours!

Maria Kennedy is the managing editor at Travel for Food Hub. Maria is on a full-tilt mission to share local food and travel inspiration. When she is not writing about food and travel, startups or social media, she is enjoying her time with her boys in sunny Spain.
@mariaonzain
Previous 5 Best Beers In London That You Absolutely Must Try
Next 5 Vegan Restaurants In New York You Should Try 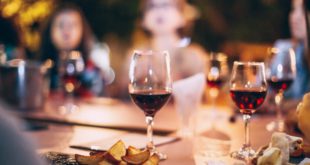