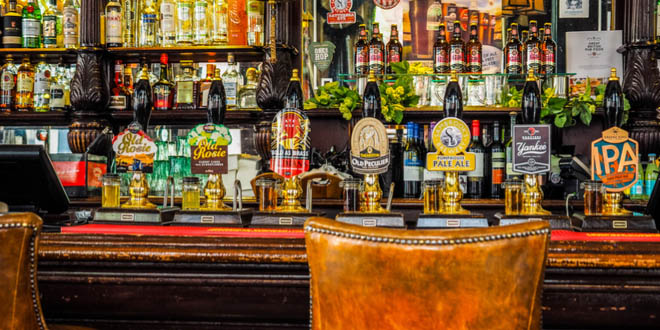 5 Best Beers In London That You Absolutely Must Try

You are travelling to London, one of the best beer cities in the world. As the plane touches down on the damp ground of the big smoke, the first thing you want to do is purchase a famous pint of British beer. You travel to a quaint little pub that looks out of place in this concrete jungle. The barman asks you “wha’ you ‘avin, mate?”, and as you look around at the overwhelming choice of cask/amber/stout/pale ales and craft beers and lagers in some of the best beer kegs you have seen, you realise you don’t have a clue what any of them are! Don’t embarrass yourself, read our list of the best beers in London that you must try.

TAKEAWAY: In 1814, almost 400,000 gallons of beer flooded several streets in London after a huge vat ruptured in the parish of St. Giles. All this ‘free’ beer led to hundreds of people scooping up the liquid in whatever containers they could. Some resorted to just drinking it. The flood killed nine victims by drowning, the collapsing of housing, and even alcohol poisoning.

Sometimes I try to craft beer myself and the taste of these 5 best beers is what I’m trying to remake. You can check 52 brews if you want to try some delicious beer. So, which one would you choose to enjoy with your friends? Tell us in the comments below!

This traditionally English beer is at the top of the list as one of the tastiest ales you can get your hands on. That’s why any pub worth its salt will be serving it. London Pride has a fruity and caramel smell with a copper malty finish. It also pairs well with roasted chicken because the caramel notes of the beer complement the skin of the chicken. Invented in the 1950’s, London Pride is unmistakably London’s beer. With its rich flavour and awe-inspiring history, this beer binds itself to our capital and the people who love it.

This unashamedly traditional lager in the pilsner style goes through a process of long cold fermentation and maturation with specially selected yeasts. This process delivers a beer that’s balanced, well-rounded & crisp. Pilsner has been around for over 800 years. As a result, those centuries have created a unique brew that has been honed to a sharp edge – crisp, bubbly and full of flavour. With continental lagers suffering at the barricades of the craft beer revolution, stand up for something cold and fizzy that always delivers on taste!

This Kentish Ale was created to commemorate the Battle of Britain, which was fought in the skies above Kent during World War II. The beer is, therefore, named after the legendary Spitfire aeroplane designed by RJ Mitchell. A key symbol of the spirit of that time due to the versatility of the aircraft and the courage of its pilots. Made with three Kentish hops, this blood-orange tinted British bitter holds hints of marmalade, red grapes and pepper. This tasty beer is hard to say no to, so you will sure be guzzling pint after pint.

John Smith’s Extra Smooth was launched in 1993 and is now the nation’s No.1 ale. It has a distinct cereal character, with malty, caramel notes being complemented by some fruitiness. But we just think it’s a right good pint. Extra Smooth is available on draught or in cans to be enjoyed at home. Plus, you can also get John Smith’s Extra Cold on draught: the same great taste, but colder. They don’t muck about with names, see.

This Amber Ale is inspired by its namesake, the treacherous sandbank at the mouth of the Camel Estuary near Sharp’s home at Rock. Doom Bar has an enticing aroma of resinous hop, sweet malt and delicate roasted notes. The mouthfeel is a balanced, complex blend of succulent dried fruit, lightly roasted malt and a subtle yet assertive bitterness. The finish is dry and refreshing. Unlike many breweries, they do not own or operate any public houses, hotels or restaurants. Therefore, their focus is solely on brewing beer, which makes Doom Bar a unique beer in Britain.

So these are the 5 best beers in London. On their own or accompanying some great pub food, they will all offer unique and distinctive flavours. So which one would you choose to enjoy with your friends? Tell us in the comments below!

Luke grew up in East London and studied English Literature and English Language at the University of Leicester. He is now a Content Executive where he is able to write about a lot of interesting hot topics that interests him including writing content about the best beer kegs in the UK, music production, construction safety, removals to algarve, and many more quirky topics that need to be shared!
Previous Red Stripe: Get To Know The Best Jamaican Beer
Next Best 4 Places to Visit in Spain for Foodies 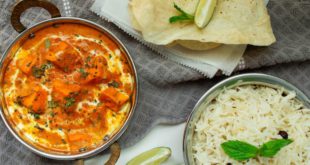 How to cook Indian food at home 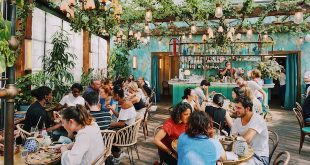 3 Great Restaurants to eat in Liverpool