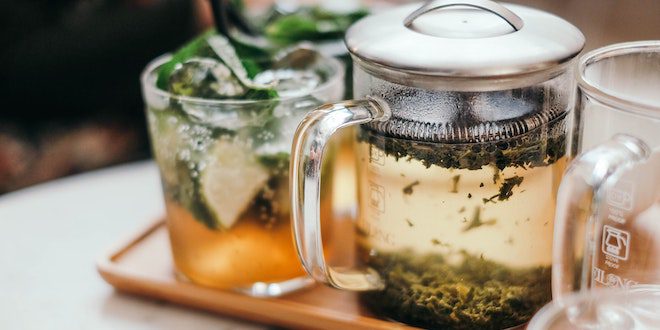 Top 3 Teas from Around the World

An ancient proverb reads: “Better to be deprived of food for three days, than tea for one.” While the history of tea may date back to around 2,700 BC China, it is officially the second most-consumed drink globally after water. In fact, as many as 3.7 billion cups of tea are consumed across the world every day.  In addition to enjoying global popularity, tea is also widely produced in a number of countries apart from China including India, Turkey, and Kenya.  Here’s a closer look at some of the top teas from around the world that you should definitely try if you are a tea lover:

1. Darjeeling Tea is in its Own League

It is no secret that India is one of the world’s leading tea producers with its offerings enjoying immense popularity among tea lovers from around the world. Although India’s black tea is widely considered to be the best of the best, there is one that stands out head and shoulders above the rest: Darjeeling tea.  There are a few variants available such as the delicately-flavored Darjeeling First Flush which is made from the first leaves of the harvest and Summer Flush which has a more distinctive, bolder flavor. Another Indian black tea that is definitely worth trying is Nilgiri Tea which is handcrafted by a team of women in southern India’s Nilgiri Mountains. Nilgiri tea is more flavorsome than Darjeeling tea and sports a fruity aroma with creamy vanilla undertones. If you want to add variety to your tea collection consider buying one or two Indian black teas at a local specialty store or online.

You may also like: The Tea Ceremony Around the Globe

2. Turkey is Big on Tea Too

Although Turkey has historically been known for its immersive coffee culture, tea also forms an integral part of daily life.  Traditional Turkish tea is black and is consumed in copious amounts. There are several superb brands of Turkish tea available. Caykur is the oldest tea producer in the country and is specifically known for its delightful black teas. Its most popular variant is Rize Turist Çay, a budget-friendly yet high-quality tea with a rich aroma. There are also a number of younger tea producers in Turkey that also produce a range of teas of a very high standard. If you want to enjoy an authentic Turkish tea drinking experience, make sure to brew the tea in a traditional two-tier teapot known as a caydanlik.

You may also like: Why You Should Drink More Organic Green Tea

Purple tea is a newer variant of tea that was first discovered in India and is now grown commercially in Kenya. It is produced from the leaves of the camellia sinensis plant, just like black, green, and oolong tea. This special cultivar, however, has purple leaves instead of green due to high levels of anthocyanin – the same pigment that lends a purple color to certain fruit and vegetables. Purple tea’s flavor profile is, surprisingly enough, similar to that of oolong. It is considerably lighter than traditional black tea but also not nearly as ‘earthy’ tasting as green tea.

Tea may have originated in China but it is now commercially grown in many parts of the world. Take your love for tea to the next level by trying as many variants from across the world as you possibly can.
You may also like: Benefits of Matcha and how to use it
Share

Maria Kennedy is the managing editor at Travel for Food Hub. Maria is on a full-tilt mission to share local food and travel inspiration. When she is not writing about food and travel, startups or social media, she is enjoying her time with her boys in sunny Spain.
@mariaonzain
Previous 8 Healthy Coffee Alternatives From Around the World
Next 9 Kinds of Mexican Meats for Meat Lovers