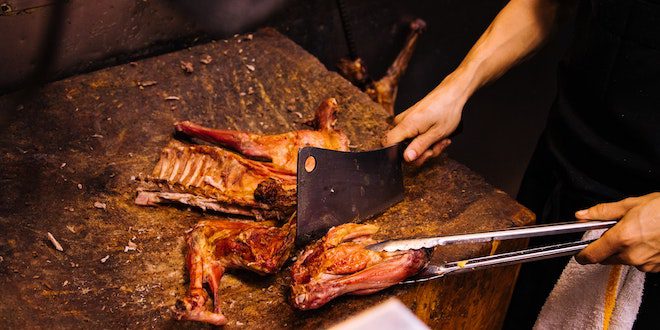 Mexican cuisine is rich and varied, with different meat used in traditional dishes. The tradition of cuts of meat in Mexico has always been deeply rooted in the North of the country, while in the central and southern areas, roast beef was normally small cuts to be chopped and made into tacos. Some of the most popular Mexican meats include beef, pork, and chicken.

Roasted meat, and the grill of whole meat cuts, have gained a lot of prominence today in Mexico, driven by the omnipresent Argentine restaurants (whose immigration to Mexico after the 2002 crisis was very important) and lately by the territorial expansion in CDMX and central states and south of traditional northern meat cuts restaurants, especially in tourist areas or areas with high purchasing power.

If you are new to Mexican restaurants, it might be challenging to choose among the wide range of tasty meat varieties. Here are some tips to help you choose the best types of meat in a Mexican dish.

Mexican Meats all meat lovers should know about

Beef is the most popular meat in Mexico. It’s often used in tacos, burritos, and enchiladas. The most common cuts of beef used in Mexican dishes are flank steak, skirt steak, and ribeye. Other popular Mexican meats include pork, chicken, and lamb.

With origins from Michoacán state in Mexico, Carnitas is a flavored dish made from pork shoulder. The meat is either roasted, braised, or slow-cooked until it becomes tender. Carnitas is put in an oven with the heat turned up to achieve a crispy exterior.

Put carnitas in burritos, tacos, and quesadillas to spice up traditional dishes. Carnitas can also be added to non-Mexican-themed dishes, such as stuffed potatoes, BBQ pork sandwiches, and salads.

Translating to “roasted meat,” carne asada is a dish made of thin cuts of grilled steak. The steak is usually marinated beforehand with chili peppers, garlic, and lime juice. Carne asada can be served alone or used as a filling for tacos and burritos. Pair carne asada dishes with sides like Spanish rice, homemade guacamole, refried beans, or spicy salsa to create a flavorful meal.

You may also like: 5 All-Inclusive Mexican Hotels and Resorts Ideal for Foodies

Lengua, or beef tongue, is a common ingredient in Mexican cuisine. It is slow-cooked until tender and can be served with various sauces. Many people will cook lengua in a mushroom sauce. Usually, the skin is removed after it is cooked. Some cooks will use pickled lengua as they come pre-seasoned.

In the U.S., you’ll find lengua in sandwiches and eaten for breakfast, lunch, and dinner. In Mexico, lengua is generally used in tacos and burritos.

Chicken is a popular choice for those who do not eat red meat. Pollo asado is a dish made of spicy, marinated, grilled chicken. It can be used as taco, burritos, and quesadilla filling.

Asado means “roasted” or “barbecued.” Chefs first marinate the chicken in a citrus and spice-filled marinade, and then either grill it or roast it in the oven. Pollo asado can then either be pulled apart to add to other dishes or eaten whole.

You may also like: Top 8 Best Places to Eat in Tulum

A spicy sausage made of pork and seasoned with chili pepper and vinegar, chorizo is often used as a filling for tacos. Chorizo can have an intense flavor, so some people like to pair it with other dishes with a less intense flavor. For example, eggs have a nice neutral flavor, which is improved with the addition of chorizo.

In America, it is known as hamburger, but in Mexico, it is called a hamburguesa. Although not an authentic Mexican dish, it is a popular fast-food item which is actually rich in protein. It’s a beef patty served on a bun with various toppings such as cheese, lettuce, tomato, and onion.

You may also like: Best Wines to Pair with Mexican Food

Chori pollo is a dish made from combining grilled chicken and chorizo sausage. Serve this dish on top of Mexican rice and a side of refried beans to complete the meal. Or use chori pollo in tacos, burritos, or even a salad.

This is a Sinaloan dish made of fried pork that is slow-cooked in chili peppers, onions, and vinegar. The pork simmers until it falls apart. It is then broken into smaller pieces, fried in fat, and then cooked in a chile sauce. Put this meat in taquitos for a spicy snack.

Al pastor translates to “shepherd’s style.” It is a dish made of spit-grilled meat, traditionally lamb but more commonly pork nowadays. The meat is marinated in adobo sauce before cooking. Using fresh died chiles is a great way to take the dish up a notch.

Now that you are familiar with various meat types used in Mexican cuisine, it is time to decide your favorite. When trying out new dishes from a restaurant or taco truck catering service, do not be afraid of asking waiters or waitresses for recommendations. It might be hard to choose just one with so many delicious options.

We recommend trying out each type of meat one by one if you are new to Mexican cuisine. This way, you can find the perfect dish for your taste buds. Other factors to consider when deciding on a meat dish are:

● The level of spiciness you can handle

And if you are traveling from the US to Mexico be sure to check out Simify travel SIM. These prepaid travel SIMs include all the data speeds you will need to use your mobile phone when you travel. It will allow you to stay in touch with your loved ones, don´t miss anything on social media and check online reviews to find the best food and restaurants near you.

Maria Kennedy is the managing editor at Travel for Food Hub. Maria is on a full-tilt mission to share local food and travel inspiration. When she is not writing about food and travel, startups or social media, she is enjoying her time with her boys in sunny Spain.
@mariaonzain
Previous Top 3 Teas from Around the World
Next Top 10 Best Cocktail Drinks From Around The World 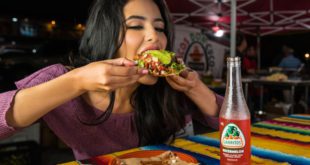