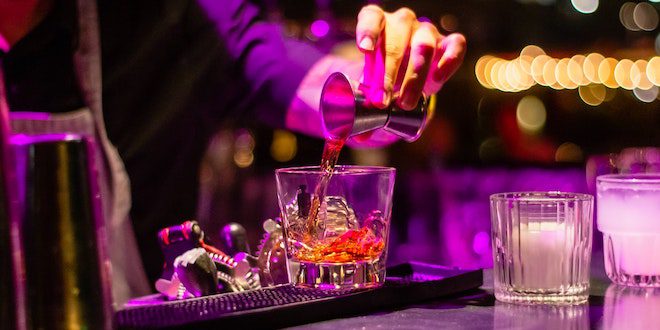 Top 10 Best Cocktail Drinks From Around The World

Attracting customers to a bar can be challenging. Keeping a high volume of customers at all times to ensure profitability may be more difficult. In many cases, you may need to plan out strategies to sustain a good hold of the market. You may start with enhancing your bar’s ambiance by revamping your chairs, tables, utensils, and glasses. Or you could provide the best cocktails drinks the world has to offer.

If you’re thinking of the latter, you may consider hiring the finest bartenders as they’re the alumni of the best local bartending school organizations around. This way, you could ensure that your bar can prepare some of the fine-tasting drinks your customers may enjoy. For some ideas of what your customers may order, here’s an article about the top cocktail drinks worldwide. Read on to learn more.

A post shared by Estação do chopp Resende (@estacao_do_chopp_resende)

The Brazilian national cocktail, known as caipirinha, is made with cachaça, lemon juice or lime, and sugar. Many people like caipirinha’s refreshing taste caused by its lime-like sweetness and sourness with a grassy aftertaste. Traditionally, bartenders prepare the drink by mixing the lime or lemon and the sugar before combining it with liquor.

Every bar may have different rum swizzle recipes. Yet, all of these commonly contain rum, tropical fruit juice, and a sweetener, such as grenadine and falernum. Considered as Bermuda’s national cocktail, rum swizzle may be served on the rocks or poured over ice. For its preparation, many shake it forcefully to produce a frothy effect.

Mojito is a Cuban highball that consists of white rum, lime juice, soda water, mint, and soda water. Its mixture of herbaceous, sweet, and citrusy flavors makes it one of the most popular cocktails today. Stories have it that the mojito’s popularity started when a famous American writer kept on saying that this cocktail was their favorite cocktail. Many cocktail lovers and bartending enthusiasts are believed to prefer to serve their mojito on the rocks or poured over ice.

Piña colada is a Puerto Rican rum-based cocktail mixed with coconut milk or cream of coconut. Generally, bartenders garnish this drink with a maraschino cherry and pineapple wedge. This cocktail is typically served in frozen style. This cocktail has different variations including:

The traditional margarita combines tequila, lime, and an orange-flavored liqueur, such as triple sec. Margarita often tastes like a limeade for adults because of the tequila’s kick. Usually, this cocktail is served shaken with ice. On the other hand, many margarita lovers prefer ice-less or ice-blended versions.

Traditionally, this highball that originated from England contains Pimm’s No. 1—a gin-based liqueur with a spicy spirit and fruity flavor, lemon juice, sugar or lemonade, and crushed ice. Generally, this cocktail is garnished with whole strawberries and some basil leaves. Many love Pimm’s cup because of its mixture of herbaceous and citrusy flavors with a twist of alcohol.

Sangria is a cocktail that originated in Spain and Portugal. The color of this mixed alcoholic drink is based on the wine it used—red sangria for the drink made with red wine and white sangria for white wine. Traditional sangria may contain fruit juices and agave nectar. Generally, it also has sliced fruits, such as apples, peaches, oranges, and pears.

This Peruvian cocktail consists of pisco brandy, lime juice, egg white, and common syrup. Many bartenders add a few dashes of bitters to enhance the drink’s taste. This cocktail’s taste is a mixture of herbaceous and tart-like. In most cases, a pisco sour is served as a straight-up and with no ice.

This Italian wine-based drink is only of the many cocktail drinks from Europe worth trying. It’s mixed with prosecco, club soda, Aperol—an orange-colored and Italian bitter apéritif consisting of cinchona, gentian, and rhubarb. An Aperol spritz is typically garnished with orange wedges and tastes like a slightly herbaceous drink with a twist of orange taste. Many cocktail lovers consider this drink one of Italy’s most popular and most fine-tasting apéritif cocktails.

This cocktail is a tall pink gin-based drink containing lime juice, curaçao, pineapple juice, and Bénédictine. It’s believed to have originated in a high-end and well-known Singaporean hotel and was taken by ladies who disguise their drinks as non-alcoholic beverages. Today, many cocktail enthusiasts prefer Singapore sling’s perfectly balance tastes of herbs and fruits.

Owning a business may need you to always keep your best foot forward. In the case of a bar, you may need to keep your best cocktails available for your customers all the time. Apart from having a highly talented staff who should’ve graduated from a top-notch bartending school, your bar should also highlight the finest cocktail drinks from around the world to suit anybody’s taste.

Maria Kennedy is the managing editor at Travel for Food Hub. Maria is on a full-tilt mission to share local food and travel inspiration. When she is not writing about food and travel, startups or social media, she is enjoying her time with her boys in sunny Spain.
@mariaonzain
Previous 9 Kinds of Mexican Meats for Meat Lovers
Next Best Plans for Shore Excursions From Civitavecchia, Rome