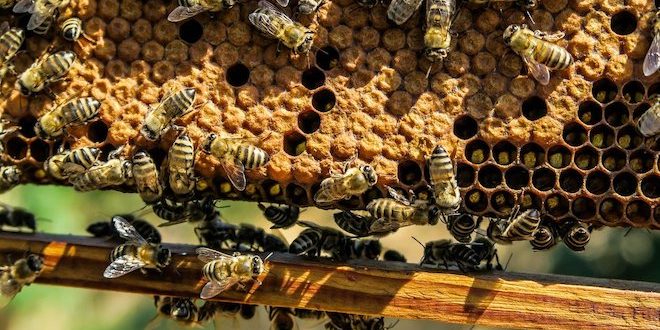 Uses of Beeswax Around the World

Welcome to your guide to beeswax. This incomplete and very specific guide will show you the uses of beeswax around the world.

A lot of the uses will be similar, and you’ll find that globalization has made beeswax available in countries where it normally was not used. But every region on this list uses this natural remedy in a unique way. It’s an ingredient in many popular products, more than we probably realize.

Want to know more? Learn everything about this natural product and its usage around the world:

In the United States, you’ll see beeswax in a lot of different products. It’s in most lip balms, from the general Carmex to organic lip products. As a crucial ingredient in lip balms, it acts as a texture agent and creates that semi-solid consistency. It is also antibacterial, anti-inflammatory, and an antioxidant.

Though the United States uses beeswax for a lot of different products, lip balms are the most common and relevant in America. However, beeswax food protectors have also become popular in the US as an alternative to conventional plastic wrap. You can learn more interesting facts about beeswax for storing food here.

Candle culture is very common in Europe. There are a lot of traditions that involve the use of candles. It’s very common for Europeans to use beeswax when making candles as opposed to other substances.

It is the key ingredient in the making of the Paschal candle (Easter candle), which is a tradition through Christian Europe. This is because the candles burn brighter and longer, don’t bend, and look cleaner. It is even recommended by the Roman Catholic Church because of these properties.

A lot of its uses in Europe have religious contexts but they have non-religious uses as well.

Beekeeping has been a long-standing tradition in India as it is mentioned in the ancient Vedas and Buddhist scriptures. It has been an important part of Indian independence since after their break from Britain in 1947.

It is a major export for India in terms of economy. They export the wax to places in Europe and the United States. The use of beeswax for exportation is not the only way it is used in India but it is a defining factor of their nation. As a result, India is one of the top beeswax producers in the world.

Being at the centre of a lot of trade routes allowed the Middle East to thrive selling beeswax from ancient times. A lot of the modern uses for beeswax originated out of the Middle East and spread throughout Europe and the Americas. This includes its use in lip products and candles.

Manufacturers in the Middle East have perfected the art of using beeswax for shoe polish and furniture polish by blending it with linseed oil or tung oil. This allows for a smooth surface without the material rotting away.

Another region that has a history of beekeeping that dates back all the way from the ancient Egyptians is Africa. Beeswax is a crucial ingredient for a lot of products in Africa, where people don’t have the same resources as in developed countries. It’s used here to strengthen and preserve sewing thread, cordage, shoelaces, and much more.

So, are you ready to give a lecture on worldwide beeswax use? If nothing else, you now know that you can use it in more ways than you previously thought. Consider wrapping your leftovers in beeswax as opposed to using plastic wrap or as an active ingredient in the next candle you purchase!

This is a guest post written by a third party for Travel for Food Hub. If you'd like us to feature one of your own articles or become a regular contributor, contact us by clicking on the button below and filling out the form. We would be so glad to share your food and travel experiences!
Previous The Tea Ceremony Around the Globe
Next 5 Tips for Vacationing in Africa with Kids