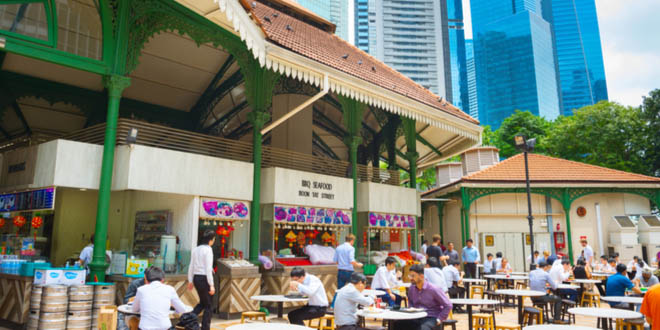 4 Dishes to Try in the Hawker Centers in Singapore

When it comes to picking a destination for an affordable getaway, Singapore might not be on many people’s lists. Although the Economist Intelligence Unit has named the city as the most expensive one in the world, cheap food is surprisingly easy to find, and the low prices do not compromise the quality of the food at all. For example, you can get yourself a nice local breakfast or lunch for around SGD 5 (USD 3,8).

The best way to fill your stomach during the day is a visit to the hawker centers. Their greatest advantages are not only the affordable prices and the food quality but also the variety. Thanks to Singapore’s diversity, you can find food stalls of Chinese, Indian and Malay cuisines. The dishes served in different hawker centers vary a little. Nevertheless, the ones gathered here are the more common and popular ones.

TAKEAWAY: Hawker centers gathered local hawkers and provided them with permanent stalls in a sheltered place. That way, they did not have to do their businesses on the streets. However, these centers are not air-conditioned. So on a very hot day, you may find yourself sweating a lot during your meal. For a cooler environment, you can sample the local fare in a food court instead, but these stalls are normally younger.

Hainanese Chicken Rice is very popular in Southeast Asia, but in Singapore, it has been taken to the next level as it is considered one of the national dishes. You can find this meal in some famous restaurant chains and family-run food stalls in the hawker centers.

The chicken is poached just right and sometimes soaked in cold water right after to maintain the tenderness of the meat. Some nicely made chicken gives you a thin layer of gelatin under the skin. The chicken is chopped and placed on a bed of rice. The rice here is not simply a staple to make you full. It is cooked with chicken oil, pandan leaves and some other spices. In fact, the rice is so important that it will ruin the dish if not properly made. In Singapore, the chicken rice comes with several dips including chili sauce, soy sauce, and sometimes minced ginger. These dippings complement the dish really well.

Like laksa, bak kut teh comes in variations – the dark-colored herbal Klang-style and the light-colored peppery Teochew-style. In Singapore, the latter is more popular. Bak kut teh literally means ‘meat bone tea.’ Despite its name, it does not contain any tea at all. It is actually a soup made with pork ribs, garlic, and peppercorns. Strange as it may sound, some people have it for breakfast. A bowl of bak kut teh normally comes with two pieces of ribs and is served with a bowl of rice or Chinese fried dough. It is believed that the soup was made to replenish the energy of the laborers in the old days. Today, people like having it, especially on a rainy day.

There are a few types of laksa in the region, but the one I’ve had most in Singapore is curry laksa. What differentiates the variants is mainly the soup. The soup of curry laksa is rich and flavourful with a hint of spiciness. Though it’s named curry, its taste is nothing like the typical Indian or Thai cuisines. The combination of coconut milk and spices such as chili, lemongrass, candlenut, and turmeric contributes to the distinctive flavor of this dish. Instead of egg noodles, rice noodles or vermicelli are used in this Singaporean version. What the noodles are topped with varies from stall to stall. However, the ingredients commonly used are prawns, sliced fish cake, cockles, bean sprouts and tofu puffs.

Don’t be tricked by its name! The carrot cake contains no carrot. Instead, the main ingredients are white radish, which is commonly translated from Chinese into English as carrot, and rice flour. Chai Tow Kway is a savory dish of stir-fried, steamed radish cake. Once the order is placed, dices of steamed radish cake are stir-fried with egg and preserved radish. These added ingredients give the meal its crunchiness. In most stalls, they serve two variants: white and black. The one just described is the white version, and the black version contains soya sauce, which adds the color and sweetness to the dish.

The dishes I mentioned are just a fraction of what the best hawker centers in Singapore can offer. With the diversity of cuisines and the variations of some foods, you could sample something different every day. Cheap eats like these can save you quite a lot of money so that you can spend it elsewhere in your trip.

Based in Macau and brought up in an environment where she has learnt to appreciate the diversity of cultures, Sianne loves travelling and learning about different countries and their people. She believes that to learn about a culture, one of the best places to go is their kitchen. The ingredients, the fragrance and the flavours tell us so much about the places and the people. While there are some cities she keeps revisiting, the mission she has given herself is to explore the world by setting foot in places she has never been.
Previous 20 Top Staple Foods From Around The World – Infographic
Next Israeli Eats at “Home”: The Joys of Travel Cooking 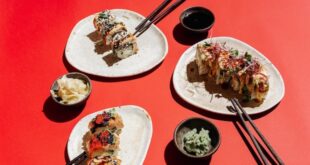 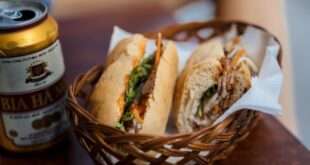 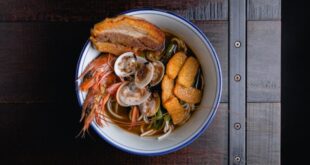