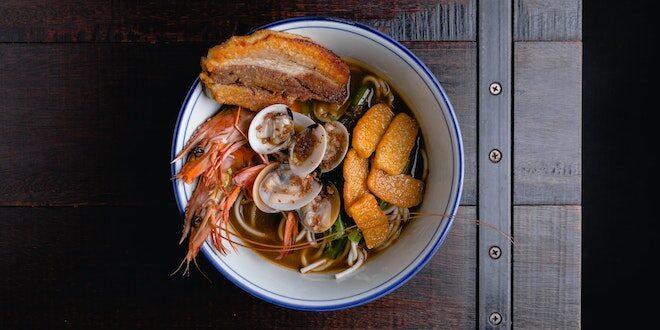 With individuals becoming more aware of the advantages of their diets, some culinary trends have gained popularity in recent years. The F&B industry has been greatly impacted by this, and many restaurants’ business models have changed dramatically as a result. We have compiled a list of the top food trends in Singapore in light of the approaching new year but we will delve the most into an undoubtedly the biggest trend in the nation when it comes to F&B: the plant-based diet.

Diet Based on Plants

In recent years, the popularity of plant-based diets has soared as people are looking for healthier options to make significant lifestyle changes. There are many various diets, but the Mediterranean diet has emerged as the most effective up until 2020 because of the many health advantages it offers, including a healthier heart and a lower risk of dementia and diabetes. Even in Singapore, with the rise of companies like Next Gen and Growthwell Group, the plant protein market led by Beyond Meat and Impossible, is thriving as a result of this dietary trend, which is expanding and shows no indications of slowing down in 2022. Let’s go deeper into this.

The popularity of plant-based foods and beverages is skyrocketing, spurred on by customers’ concern for both their own well-being and the welfare of animals. According to a Bloomberg analysis from last August, the market for plant-based proteins will reach roughly $160 billion by 2030 and account for 7.7% of the global protein market. Everywhere in the world, customers are catching on to this trend. According to studies, it is notably becoming popular in Asian countries outside of Singapore, including India, Indonesia, Malaysia, and the Philippines.

However, Singapore has a developed market for plant-based food and beverage goods, with many of these items currently available on store shelves and menus. Brands need to be more creative with their plant-based offers if they want to appeal to the customers in this nation.

Over the past four years, Singapore has had an average cumulative rate of growth of over 12% for the plant-based trend, which is mostly driven by concerns for one’s health, palate, and dietary requirements for moral or religious reasons. Independent surveys say that consumers in Singapore have a 94% positive attitude toward the trend. These insights were obtained through web searches, social media, and restaurant menus. Due to a large number of products available in this category and the high degree of interaction on the different sites stated above, this trend has reached maturity in Singapore. Rapid innovation is essential if brands want to avoid falling victim to this trend’s saturation. One of the successful strategies we have found to give brands an edge is to cater plant-based F&B items to regional palates.

For instance, the well-known Singaporean beverage company Co+Nut+Ink has developed 100% plant-based substitutes for the nation’s well-liked Mr. Coconut shakes. Because they are seen as cooling in the Singapore heat and ideal for individuals who are lactose intolerant or vegan, Mr. Coconut and Co+Nut+Ink shakes are both major hits. Similar to this, Meat Zero Singapore introduced a plant-based variation of Bak Chor Mee, a popular dish of minced meat noodles, to cater to plant-based enthusiasts. Such innovations will likely give Singaporean F&B firms a competitive advantage.

The aforementioned information is included in the greatest F&B megatrend in Singapore. In addition to the developments in the plant-based class, this research also discusses the following trends:

Nothing Beats a Traditional Home Cooking

Many people have been stranded at home due to the COVID-19 outbreak, and Singapore is not an exception. Home cooking is one of the dietary fads that is poised to continue increasing. For many Singaporeans, it has become the new standard because many do not feel secure going to restaurants. Even if they have the guts to try, the enforced lockdowns might prevent them from succeeding. In order to be more inventive with their meals, people have begun to buy household gadgets including multi-cookers and air fryers. Top eating trends for those unable to leave their homes include baking anything from cookies to sourdough bread flexitarian diets, and healthy eating.

While many people now choose to prepare their own meals, there has been an increase in businesses like Hello Fresh, Mindful Chef, and Gousto that prepare meal kits for home delivery that customers subsequently prepare and eat.

Foods that strengthen the immune system are more popular now than they were before COVID-19. Due to this, more people are consuming dietary supplements, vitamins, and foods like ginger, garlic, yogurt, and spinach which are proven to boost immunity.

Many people have traditionally supported the fight against food waste. However, as a result of it becoming an increasing trend within the F&B business, organizations like the Ugly Food Movement, the Say YES to Waste Less campaign, and Zero Waste SG have emerged. Additionally, more is being done in terms of technology, as 3D food printing options are being used.

The fruits and veggies’ shelf-life can now be increased by five times thanks to a new invisible, edible covering developed by the Californian business Apeel. This coating is formed from leftover wine grape skins and other unwanted agricultural goods.

In 2022, this food trend—which focuses on growing, processing, and delivering food around and within metropolitan areas—is anticipated to soar to new heights.

Indeed, Singapore has already adopted it as there are currently a number of ultra-urban farms there, including Sky Greens by NTUC, Bollywood Veggies, VertiVegies, and Quan Fa Organic Farms.

A trend in the F&B industry, artificial intelligence (AI) has indeed been adopted across a number of industries. Many restaurants are using robotics and automation to keep up with demand as a result of the severe impact that labor shortages are having.

Some restaurants, including Haidilao and Shin Minori, have wholeheartedly accepted the rise of robots and use them to help human waiters deliver meals more quickly. Robot baristas are anticipated to start selling artisanal coffee at 30 MRT stations by 2023, reflecting Singapore’s continued advancement as a metropolis.

The ongoing inquiry into the origins and production processes of one’s food is one of the largest trends in the food industry. Six in ten consumers worldwide said this, according to a 2020 Innova Consumer Survey.

As food producers use IoT (Internet of Things) and blockchain technology to track the handling of food items and monitor conditions as they are being exported, this trend has also had a significant impact on the F&B industry.

The market for meal delivery in Singapore is expected to generate US$531 million in revenue by 2022, continuing the industry’s rapid growth. While this may not come as a surprise, the reality that Deutsche Bank expects the online grocery sector in the United States to grow to $120 billion in revenue in 2025 could be a more eye-opener.

Many people in the food and beverage industry recognized this shift some time ago, just like bettors in the country adjusted and embraced the possibility to satisfy the thirst for this entertainment online on websites at Bookmaker-Expert.com, not in physical venues anymore. For instance, CloudKitchens delivery kitchens and more restaurants, in general, are providing several different payment choices while also investing in self-service kiosks as more customers opt to go cashless.

Singaporeans are showing increasing interest in traditional components that can help enhance immunity and are putting more of an emphasis on gut health for both physical and emotional welfare.

As a result of digitization, sustainability, and climate change, customers now have quick-changing needs. A popular product might be reintroduced with more current methods, and both consumers and food companies have recognized this.

7 Best Things to Do in Singapore

Weird And Wonderful Delicacies To Try When In Singapore

Maria Kennedy is the managing editor at Travel for Food Hub. Maria is on a full-tilt mission to share local food and travel inspiration. When she is not writing about food and travel, startups or social media, she is enjoying her time with her boys in sunny Spain.
@mariaonzain
Previous 5 Things to Consider When Planning A Thanksgiving Trip
Next 10 Tips for Luxury Travel on a Budget 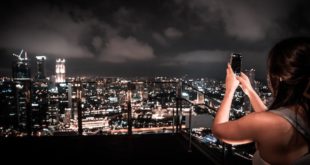 Why You Should Invest In A Singaporean Condo 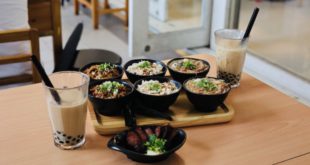