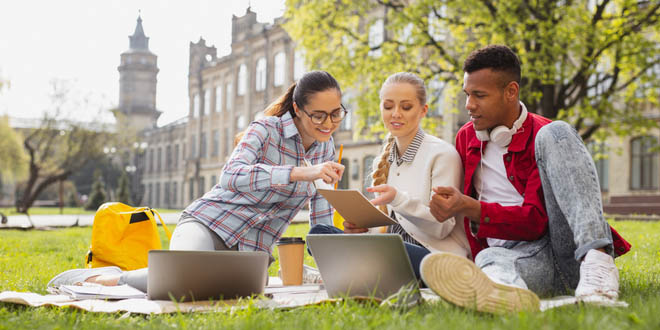 Studying Abroad In Australia vs The US – A Comparison Guide

There are many benefits to studying abroad. But the best part of it is the alluring, never-ending travel opportunities and making friends with people all over the planet. However, prepping yourself for an education in a foreign land can be tedious as you need to go through a lot of information. You might find it difficult to know where to start when you realize there are significant disparities between different countries. That’s why in this piece, we’ve compiled a comparison guide about food, tuition, transportation, and lodging costs for Singaporean students planning to continue their education in the US or Australia.

Let’s get the ball rolling with the most obvious and basic one—food. If you’re a fast-food aficionado, then things won’t be rosy as a Big Mac will set you back around S$10 in both Australia and the US. That’s almost 25% more than in Singapore. Furthermore, a nice meal at a mid-range restaurant with friends during the weekend will rack a three digit bill. So if you want to save some cash, you could opt for having a bite in street food markets or festivals.

The price of groceries, on the other hand, depends on what you are buying. Generally, locally produced foods such as dairy products cost less in Australia and the US. At home, you’re expected to pay S$6 for 2 liters of milk, whereas in Australia and the US, you’ll spend a lot less. Breakfast cereals, carbonated drinks, and smoothies will also put less pressure on your wallet. If you want to pay even less for groceries than in the supermarkets, then we suggest you buy most of your groceries from the Farmers Markets. They are held every weekend by local producers and are quite popular in both countries. Moreover, they offer you the opportunity to eat much healthier.

In the United States, trains, buses, and trams charge a fixed rate every time you call in one; they’re ideal for commuting long distances. In New York, a 10-minute journey covering two subway stops will cost you S$3.60. However, if you’re studying in less-touristy states like Texas; public transport costs are significantly lower. For instance, that same journey will cost only S$1.60 in Texas. That’s almost similar to what you pay in Singapore.

In Australia, the public transportation is a tad more complicated as the fares depend on the number of zones you cover. Zones are specific areas on the map. Consider, Murdoch University in Perth, for example. If you’re riding the subway to the city center from school, the 13 minutes commute with three subway stops would cost you around S$4.90. However, students are allowed up to 50% discounts on public transport.

If you want to explore the city, it’s better if you use ride-sharing apps like Uber or Lyft. They are more expensive than in Singapore but cheaper than local taxis. If you’re getting out of the city, you’ll save more money if you travel with a few friends and rent a car for the trip.

Dormitories in US and Australia are larger than Singapore and are expensive. We suggest if you want to save money in the long run, live in your University’s dorm for the first year, make a couple of friends, get comfortable with them, and then move out to an affordable apartment close to the campus with them. However, you should know that there are important price differences depending on the city.

TAKEAWAY: In Australia, for example, an apartment in Sydney can cost 80% more than in Perth, a much smaller city. In fact, in Sydney, a three-room apartment starts at S$1,800 per month. Ouch!

The point is to choose a university far outside the metropolitan areas, or at least in the outskirts of the city centers or downtown areas. You’ll save a lot of cash by renting an apartment there, which then you can use to travel or have fun during the weekends or semester breaks.

Studying abroad doesn’t come cheap, that’s a well-established fact. In Australia, annual tuition fees are around S$30,000 to S$40,000 for a full-time undergraduate student. The fees also vary depending on your major. Private universities are more expensive than public universities; however, the latter tend to have a smaller range of degrees.

All of the information above is a blurb of all that you need to know before you plan to study abroad. We recommend you research your daily living costs in addition to your tuition rates. Pick the right country and university, and take all the necessary preparations. Adapting to life in the “Land of The Free” or the “Land Down Under” can be challenging at the beginning; but if you do it right, we can guarantee that they will be some of the best years of your life.

I am the content developer and freelance writer. I have written a lot of article on my carrier. Last one-year I'm working with pilates Machine reviews ratings - GymGearInfo.com as a content developer and a writer. I am an expert on writing an article on various types of online tutorial. I also want to promote such kind of work to develop the skill.
Previous The Globetrotter’s Essential Southeast Asia Travel Guide
Next 4 Things You Should Know About Artisanal Ice Creams