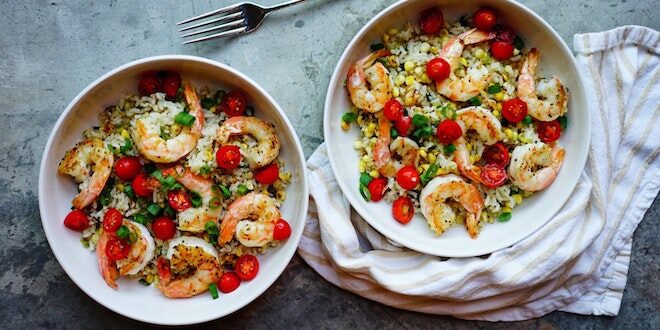 7 Rice Dishes from Different Parts of the Globe

Rice recipes are simple to prepare, adaptable, and available in various hues. Simple rice dishes abound globally and can be used to complete any meal. Your menu options for breakfast, lunch, dinner, dessert and everything in between can include rice. So rice is the solution if you are looking for variety in the types of meals you prepare for yourself and your loved ones.

It’s a product you probably already have in your kitchen and can utilize in multiple ways. While rice is consumed worldwide, there are regional variations. Each nation has given the grain a unique flavor through creative recipes and regional spices. Here are a few of the most well-known rice meals from different parts of the world.

How popular is rice

More than half of the world’s population relies on rice as a staple diet, making it the most significant crop in the developing world. According to National Geographic, more than 3.5 billion people depend on rice as a primary food source, mostly in Asia, Latin America, and Africa. How much rice is eaten annually?

Around 504.3 million metric tons of rice were consumed worldwide during the 2020–2021 harvest year. In addition to being a deeply rooted and fundamental food, rice is wonderful in its adaptability to diverse dishes and flavors from around the world. Here are some of the best rice dishes from different parts of the world.

Sushi is a dish made from short-grain cooked rice, sugar, and salt. The type of rice used to make such has a high starch content which is why the grains stick together. It is regarded as an icon of Japanese cuisine.

There are other varieties of sushi, including Makizushi, one of the most popular, in which a dumpling is wrapped in a sheet of dried seaweed and may be filled with various ingredients, including vegetables, raw fish, and omelets.

The Spanish dish paella was first created in Spain, and over time it has spread throughout the world to become a favorite among many rice lovers. The national dish is prepared in several ways and is cooked in a shallow pan with a flat base. The main ingredients in this traditional dish are green beans, Bomba rice, chicken, rabbit, butter beans, and sometimes artichoke hearts and snails.

It is usually prepared with various spices, including saffron, paprika, olive oil, and fresh rosemary. The other alternative is paella de marisco, which swaps out all the meats for seafood like prawns and other shellfish.

You’ll get the best results cooking the traditional paella in an open oven and letting the dish rest for five to ten minutes after cooking as you enjoy slots on an online casino like Juicy Stakes.

Jollof, one of Africa’s most popular rice meals, is a favorite in most West African nations, including Senegal, Nigeria, and Ghana.

Long-grain rice is cooked in a flavorful sauce containing onions, tomatoes, red peppers, Scotch bonnets, and other aromatic ingredients. You can also add herbs like dried bay leaves and thyme to enhance flavor. When the rice is ready, you may add fish, meat, or a meatless substitute to it to create a wholesome and satisfying meal.

It’s important to note that West Africans pride themselves in their Jollof; August 22 is “World Jollof Rice Day.”

This rice meal originates in New Orleans, USA, and is made with rice and traditional ingredients, including pig, chicken, prawns, and smoked sausage. Jambalaya comes in both Cajun and Creole varieties. The preparation method and some ingredients differ in these two styles, for instance, the inclusion of tomatoes in the Creole version.

Many other recipes, especially in the USA, use Cajun seasoning, regarded as one of the best seasonings globally.

Since rice dishes are a huge part of Afghan culture, they make up most of their meals. Families consume one rice dish daily while serving various rice dishes at celebrations like weddings. The most well-known rice dish is Kabuli Pulao.

It consists of white rice cooked with meat and stock and garnished with pistachios, carrot slivers, and fried raisins.

Not only did the Italians offer the world pasta and pizza, but they also created risotto. This rice-based dish was created, nearly by accident, according to one of its origin myths, in northern Italy. The broth can be made with fish, meat, or vegetables. White wine, butter, onion, and, of course, a generous amount of Parmesan are all common ingredients in risotto.

Rice is prepared in a variety of ways by Puerto Ricans, including with beans, eggs, pork, shellfish, olives, and cheese. Arroz junto, which translates to “rice together,” is one of the numerous frequently consumed rice dishes. The main ingredients are rice, meat, sofrito, beans, and meat are the main ingredients, along with capers, olives, and seasonings.

Take-away: Rice is undoubtedly an ingredient in most meals every day. These seven are some of the best rice dishes from around the world. Consider recreating one of the traditional menus for your next family gathering or just for dinner.

7 Differences Between Spanish Tapas And Pintxos

A Visual Guide To Eating Sushi In Japan – Infographic

Maria Kennedy is the managing editor at Travel for Food Hub. Maria is on a full-tilt mission to share local food and travel inspiration. When she is not writing about food and travel, startups or social media, she is enjoying her time with her boys in sunny Spain.
@mariaonzain
Previous 5 Perfect Places to Take Photos in Nantucket
Next Guide To Hosting a Christmas Party in Australia 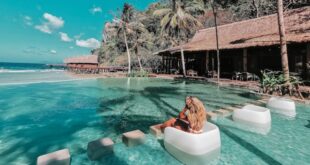 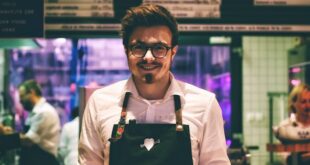 Cool Names for a Restaurant 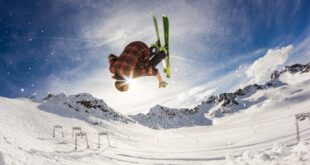