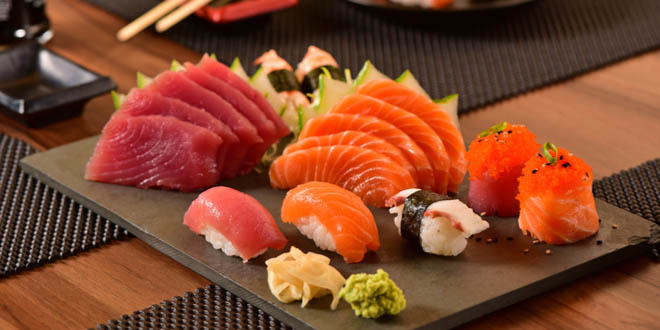 9 Things You Should Know About Japanese Cuisine

Japanese cuisine is known for its beauty and delightful subtle flavors. Traditional Japanese fare always manages to look like a work of art, since it is based on washoku. Apart from that, it’s incredibly healthy as well, which is deemed the reason why Japanese people live a long life. That being said, it’s no wonder why Japanese cuisine is loved across the globe. However, there are so many more other qualities about it that continue to earn fans. What are they? Here are 9 things you should know about Japanese cuisine that are sure to blow you away.

Ramen is considered one of the front-liners for Japanese cuisine. It’s a favorite comfort food that is constantly evolving. Since Japanese people are known for being inventive, ramen has taken new forms and flavors throughout the years. They always introduce new ingredients to the base recipe, which bring a different dimension to the dish.

2. Different colors are a must for Japanese cuisine

Colorful Japanese food is actually rooted in the country’s culture. The prevalence of five colors in traditional cuisine is both for visual appeal and nutrition. The colors that must be present are black, green, red, white and yellow. When there’s a variety of hues present in a meal, chefs are certain that they’ve prepared a balanced spread.

TAKEAWAY: The number 5 is really important in traditional Japanese culture and cuisine. There are five sets of rules of five items each that should be followed in order to prepare and excellent, balanced and healthy Japanese meal. A meal should include the 5 colors mentioned above, and be pleasant for all of the 5 senses. The 5 cooking methods include raw, simmered, fried, steamed and roasted/grilled. There are also 5 flavors to take into account: salty, sweet, sour, bitter, and umami. Finally, all Japanese chefs or Itamaes should follow 5 attitudes that come from Buddhist faith when cooking.

3. The key to a great sushi is in the rice

Sushi masters are sticklers for texture and flavor, which is why they only use the top two-thirds of the rice they’ve cooked in a pot for sushi. The rice in this section is fluffy, has a nice “luster,” and maintains its shape better. Moreover, it’s important to use fresh sushi rice and to prepare it quickly so it doesn’t get too sticky. An authentic Japanese restaurant will never serve rice that’s been sitting out for over 30 minutes because the texture is sure to be soggy.

4. Garnishes are not just meant to beautify the plate

Japanese cuisine, be it traditional or contemporary, always comes with lovely garnishes. You may be inclined to think that they are added simply to enhance the visual appeal of the dish, but they are actually flavor enhancers or palate cleansers. Every component in a plate of Japanese food is there for a reason. According to chefs from an international sushi restaurant, they integrate the intricately designed garnishes so that your next bite is just as (or even more) satisfying than the last. Also, it’s important to the chefs that there is no overlap, especially between subtly flavored dishes. They want you to enjoy every dish completely.

5. Tableware is part of it all

When serving Japanese cuisine, careful attention is given to the choice of plates and bowls. Aesthetics is very much a part of Japanese food. On top of that, chefs place a certain value on the design elements of food serving vessels; there is always a meaning behind their choices. The choice of tableware can be used to enhance the gradation of an egg yolk’s color to show that it is soft-boiled to perfection, for example, or the bamboo leaves on the plate may be used to depict the origin of the ingredients.

6. Everything about a dish is intentional

The idea of every piece of food on your plate playing a specific role does not stop with the garnishes. In addition to that, Japanese food preparation does away with superfluous elements. Highly trained sushi chefs do not include anything that can make eating inconvenient in any way.

Japanese cuisine is all about easy consumption to make the dining experience as enjoyable as possible.

7. It focuses on natural flavors

Heavy seasoning is not a common practice in preparing Japanese food. It’s more important to bring out the natural flavors than to create something completely new. Thus, there are different kinds of condiments served with dishes most of the time. But even with the selection of sauces and spices, there are rules to be followed for using them. You are not to soak your food with condiments to preserve the original taste of the dish.

8. Time is of the essence

You will notice that Japanese chefs move swiftly and precisely. This is not only because punctuality is embedded in the Japanese culture; it is mainly because they are well aware that time can alter the excellent condition of ingredients. Japanese cuisine emphasizes freshness. So it’s imperative for chefs to work with time to produce the highest quality dishes for diners.

9. Seasonality is of great importance in Japanese cuisine

This not only allows chefs to produce the best-tasting versions of certain dishes but it also enables them to highlight the flavors of a location. In-season ingredients present the perfect opportunity to transform local ingredients into entirely new and exciting flavors.

Clearly, Japanese cuisine is in a league of its own. It is a display of unparalleled passion for a craft. There is great emphasis on skill and technique and a deep commitment to creativity which strives to engage and delight a diner in every possible way. 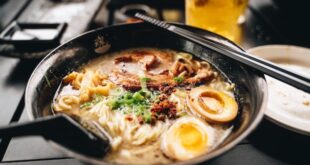 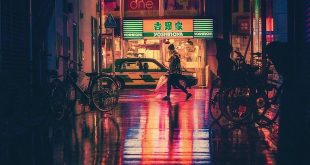 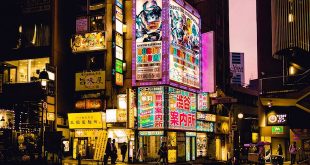