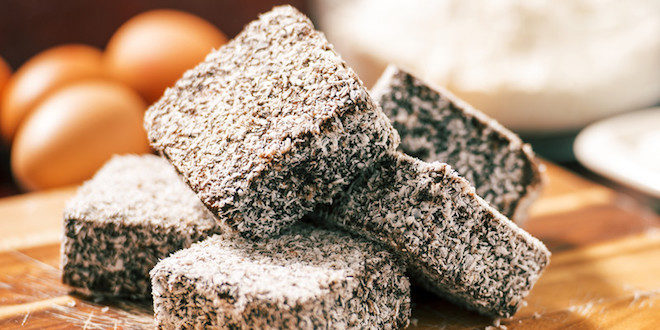 5 Iconic Australian Foods: How To Prepare Them At Home

Australia’s cuisine is the product of indigenous and immigrant food choices and practices. Australian food is famous for its taste and flavor, and while some dishes are adaptations, leave it to Australians to add their own unique take to make these dishes their own. We spoke to Natasha from Snacks With Bite, and Australian food company, to bring you 5 of her most iconic Australian foods and how to prepare them at home:

Aussies are huge fans of barbecues and this love for grilling simply paved the way for great sausages or snags. Traditionally, Australian sausages are made from beef or pork or sometimes chicken. It may also contain game meats. They can be thin (English style) or thick (Merryland).

Australian snags are a common sight in sausage sizzles. At home, simply fire up the grill and cook a favorite version to your liking. Wrap a snag with a hotdog roll or a slice of bread and add tomato sauce, mustard, or barbecue sauce.

There are meat pies and then there’s the Australian meat pie. Flaky, rich, and flavorful, the basic Aussie meat pie is made with gravy and mincemeat, then topped with tomato sauce. Some versions also add in mashed green peas or potatoes for a richer filling. There are numerous versions of this handy pie (it fits in the palm of your hand) and every version is just as delicious.

The secret to great meat pies is fresh – fresh ingredients all the way. If you can prepare it from scratch, simply let it cool before serving with a dollop of tomato sauce or ketchup.

Vegemite is an Australian invention. Created in 1922 by chemist Cyrill Callister, vegemite is made from brewer’s yeast that was left over after the beer brewing process. It has since become a favorite Australian food. It is spread over toast, crackers, and bread, and is a common pastry filling. While it is a bit of an acquired taste for non-fans, its malty, salty flavor with a hint of bitterness makes it a hit among many Aussies.

What would a top 5 list of Australian foods be without the famed Lamington? Touted as Australia’s National Cake, this pastry goodie was named in honor of Lord Charles Cochrane-Baillie, the 2nd Baron Lamington who once governed Queensland. The Lamington itself is a sponge cake shaped into a cube, then dipped in melted chocolate or chocolate icing, before it is rolled in desiccated coconut. It is usually served as a snack, with tea, or after meals.

To serve Lamingtons at home, simply prepare your favorite sponge cake, cut it into cubes or squares, then dip each piece in real chocolate icing. Sprinkle each piece with desiccated coconut or roll them in coconut to cover them more evenly.

The Barramundi is not a dish but a type of fish that is very popular in Australia. It produces large, firm flakes that keep their shape after cooking. This is a very flavorsome food fish that can be served in a variety of ways – baked, steamed, fried, grilled, or barbecued.

To include in your meals, take a whole, clean barramundi and stuff it with muntharies or lemon aspen, then wrap it in paperbark or wild ginger leaves. Bake until the flesh is done and tender. To serve, make a dressing from lemon myrtle leaves and extra virgin olive oil and drizzle it over the barramundi. Serve with salad greens and roasted macadamias.

Maria Kennedy is the managing editor at Travel for Food Hub. Maria is on a full-tilt mission to share local food and travel inspiration. When she is not writing about food and travel, startups or social media, she is enjoying her time with her boys in sunny Spain.
@mariaonzain
Previous Should I Move To Another Country Permanently? 5 Things To Consider
Next 4 Elegant campfire cooking recipes 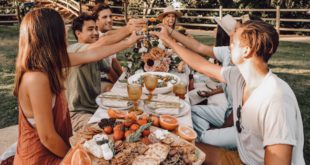 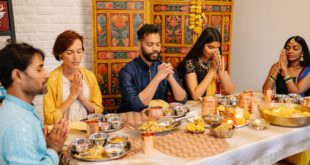 Are you a fan of trying out different breads from different countries? What about all …