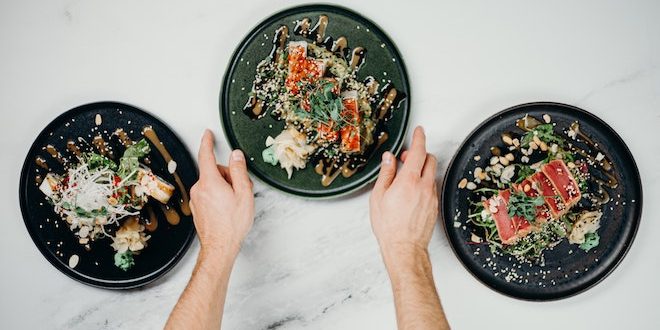 Consumers continue to expand their palates, looking for new flavors and foods that they can try, with  32% willing to pay extra for authentic food. According to a UK study, the average Brit also enjoys eight meals a week from different world cuisines. One of the key factors that affects taste and flavor in foods is the cooking temperature, with varying methods of cooking changing the taste of food. Here are three dishes for cooking at different temperatures that you might want to try to see how their flavors are affected when subjected to variable heats.

This delicious dish is hearty and perfect for chilly nights and family get-togethers. Despite being invented in Hungary, there are several variations of the dish that appear all over the world. But the original recipe calls for specific ingredients, such as chunks of beef, paprika, bay leaf, and bell pepper. Cooking begins by browning onions, vegetables and beef over a medium heat before lowering the temperature to cook the dish for 1.5-2 hours until the meat is tender.

The low temperature means it’s important to study your cooker, as different cookers have different temperature ranges, which can affect how your dishes turn out. For example, induction cooktops feature a rapid heating function that will heat faster than gas or electric appliances. To prevent burning food that can become harmful to health, it is essential to regulate cooking temperatures.

Tataki is the Japanese method of cooking fish and meat by searing at high heat. Searing, or the Maillard process, may occur at temperatures as low as 300°F, but the optimum range is from 300°F to 500°F for best results. Beyond 500°F may result in dry food or at worst, burnt meat.

After searing, the food is sealed in a sandwich bag and plunged into an ice bath to halt the cooking process. It is then sliced into thin pieces and served with a dressing, which can be soy sauce, wasabi or teriyaki sauce. The final dish is a wonderful blend of grilled and raw fish, making a great light starter or an appetizer.

If you’re fond of using science and cookery together, molecular gastronomy is a good fit. Many people may not understand how molecular dishes work, but put simply, the food is created by manipulating molecular composition, which changes its texture, flavor and form. One of the best known methods of molecular gastronomy is sous vide, a technique of cooking meat at low even temperatures between 55°F and 60°F.

The steaks are immersed in water that is of a constant temperature, cooking the meat evenly and preventing it from drying out. Low temperatures ensure that the food cells do not break, rendering the meat tender and succulent. Unfortunately, something so good can take a long time to produce, and the process can last anywhere from 2-3 days. Thus, if you’re in a hurry, this method of cooking your steaks is not your best option.

Cooking temperatures play a role in the taste of foods. Whether you’re looking for new foods to try or alternative cooking methods, these three dishes will give you an insight into how temperatures alter flavors.

This is a guest post written by a third party for Travel for Food Hub. If you'd like us to feature one of your own articles or become a regular contributor, contact us by clicking on the button below and filling out the form. We would be so glad to share your food and travel experiences!
Previous Top 4 Spring Chocolate Festivals In The USA You Cannot Miss
Next Foodie Guide To Japan For First Time Visitors