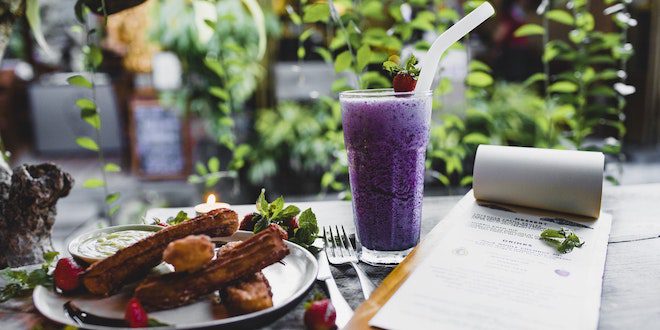 A dessert is popularly known to be a sweet line that closes a meal in many countries’ cultures all over the world, and even the western world is not left out. Dessert consists of sweet food but it includes other items. A typical example is the Martabak of Indonesia. Therefore in this article, I will be bringing you ten different southeast Asian desserts eaten today and most recognized.

Khao Iam, also known as Kralan, is a unique and popular Thai dessert; it consists of sweet sticky rice steamed in a bamboo tube, it can either be white or red. Furthermore, its earliest originated version of this meal included only rice mixed with salt and water, but nowadays, its more elaborated interpretations include the addition of sugar, grated coconut, red beans, and coconut milk.

Moreover, the rice is therefore mixed with the intended ingredients and afterward placed inside the specially prepared bamboo stick. Coconut milk is later added to the rice top, the stick is then carefully sealed and placed over constructive hot coals. However, this slow and unusual cooking process transforms the rice into a lovely, sweet, and rich creation that is similar to rice pudding or custard.

This slightly sweetened meal is a popular Filipino steamed rice cake and it traditionally consists of ground-soaked rice that is steamed in round containers and is served sliced. As a result of the popularity and versatility of these cakes, many modern Puto varieties have been developed and often vary in color, texture, size, shape, and flavor.

This is a sweet Filipino dessert meal consisting of fresh soft tofu moistened in arnibal syrup and sprayed with plump sago pearls. A similar dessert can be found in many Asian countries, most of these countries called for the usage of silky tofu, which is known to be the softest tofu variety, it has a creamy and tender texture and also an incredible soft consistency.

In Malaysia, Martabak is also known to be apam balik. The Malaysia version of Martabak is usually filled with canned corn and peanuts, and it can as well be found mostly in night markets all across the country. In addition, the Indonesian Martabak Manis is fluffier on the other hand. Moreover,  it is believed that the filling of a Smile Martabak can be customized to whatever way you like it to be, but the usual culprits are cheese, chocolate, or even both.

This is another popular dessert in Thailand, it is made with ingredients such as milk, coconut, sugar, corn, tapioca pearls, lotus root, beans, sweet potatoes., and jackfruit. Inside each bowl basically includes starchy noodles that are flavored and colored with different ingredients, which may come with some elaborate decorative form or in the shape of thin strips. Moreover, you should note that there is no set recipe for this meal, therefore, each vendor adds their own intended ingredients to the mix.

This dessert falls in the group of the popular lumpia snacks. It is also one of the famous Filipino treats that are made with jackfruit and saba plantains. The fruit is known to be sliced lengthwise, enclosed in thin wheat wrappers, dusted in brown sugar, and then fried till it turns crispy and golden. Like other lumpia varieties, it was also made from the Chinese spring roll, representing one of the most popular and sweet versions of the meal. Before turon is served, it is mostly sprayed with roasted sesame seeds or drizzled with caramel.

This is another traditional Thai rice pudding, and to finish off any Thai meal, this meal should be your favorite. It is prepared with rice that is first steamed and later doused in coconut milk. The rice is lastly served along with slices of fresh mango. In Thailand, this dessert is very popular and it is found in every eatery in the country.

This is regarded as a Vietnam meal that includes sweet soup, any traditional beverages, pudding, or any other related custard-like dessert made with a base of either coconut cream or water and then served either cold or hot. Other Ingredients for making this dessert include different fruits and jellies, grains, rice, pulses, beans, and cereals and tubers. Though it is known to have originated from the central region of Vietnam, today, chè is widely served all over the country.

This is a famous Filipino ice cream flavored. Its ingredients include: chocolate, mango, coconut, cheese, and purple yam(it is also known to be ube). It is traditionally produced from carabao milk and is mostly served in a tiny scoop of sugar cones. Some people like to eat it as a sandwich between bread buns, just like hamburgers.

The refreshing summer dessert of mixed beans and fruits and then topped with a piece of fresh crushed ice and either ice cream or milk. Some of the most common ingredients of this dessert include jackfruit, banana, sweet potatoes, coconut, red mung beans, sugar, chickpeas, palm fruit. And some other delicious desserts are Leche flan, purple yam jam, and recently garnished with corn crisps or sugar corn.

Maria Kennedy is the managing editor at Travel for Food Hub. Maria is on a full-tilt mission to share local food and travel inspiration. When she is not writing about food and travel, startups or social media, she is enjoying her time with her boys in sunny Spain.
@mariaonzain
Previous 10 Reasons to choose the high-speed Sapsan over a Russian Plane
Next 10 Must-Eat Foods in Singapore 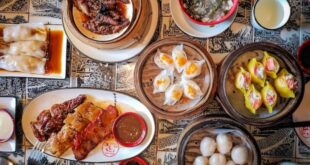 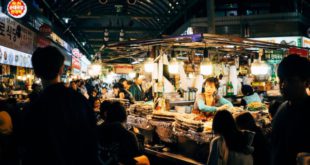