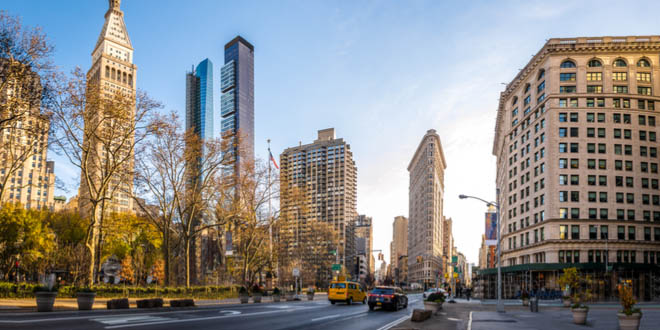 Deciding where to eat on a trip to New York can be overwhelming with thousands of delicious food options throughout the city. While street vendors and holes in the wall can be cheap and satisfying, nothing beats a true upscale fine dining experience. These five restaurants in New York City are your best bets for a memorable experience that’s worth the reservation.

Foodies can head to the Flatiron District to enjoy upscale, modern Mexican cuisine at Cosme. Chef Enrique Olivera opened the restaurant in 2014. It was his first venture outside of Mexico City to bring upscale Mexican cuisine to New York. And his restaurant quickly became well-known for its modern takes on classic Mexican dishes.

Current chef de cuisine Daniele Soto-Innes is best known for her duck carnitas, a fine dining take on the traditional Mexican restaurant favorite. Plus, spirit enthusiasts can take advantage of Cosme’s top-rated bar, which offers an extensive list of Mezcals.

Bouley at Home is another fantastic restaurant experience in New York’s Flatiron District. In this concept, Chef David Bouley brings together dining and education under one roof with seasonal, French-Asian fusion. His nine-course dinners are prepared and served in front of customers at arranged cooking stations. While the food at this restaurant is certainly superb, what makes it unique is its focus on culinary education. In addition to its nine-course meals, the restaurant also offers culinary classes that allow foodies to learn even more about the culinary arts.

If you love seafood, look no further than Le Bernardin. This sophisticated seafood restaurant serves the freshest seafood available in dishes that fuse French and Asian cooking tradition, and reviewers consistently laud it for its impeccable table service and broad range of seafood flavors and options. The kindai maguro, farmed Pacific bluefin tuna, is the restaurant’s signature dish. It’s no wonder, then, that this restaurant is one of just seven restaurants in the city with three Michelin stars, and it has been ranked among the finest in the country and the world by Zagat, GigaRanking, and La Liste – the French Foreign Ministry’s list of the top restaurants around the world.

TAKEAWAY: In 2018, there are 72 Michelin Star restaurants in New York City. Five of them have been awarded with three stars and 11 of them have 2 stars.Ten years ago, there were only 42 awarded restaurants. This significant increase in the number of top restaurants proves the notable improvement of the fine dining offer of the city that never sleeps.

Located in Greenwich Village, this elegant yet low-key New American eatery offers a superior dining experience in a more relaxed environment. Consistency is key at Gotham – the service is friendly but without frills, and the menu isn’t terribly adventurous but always hits the spot. Plus, it’s location in a former warehouse space and curated artwork make for a unique fine dining option in New York. Plus, with a prie fixe lunch menu under $40, it’s hard to pass up.

You probably saw Eleven Madison Park in our list of restaurants from ‘Sex and the City’. This iconic New York City restaurant overlooks Madison Square Park and offers some of the best cuisines that the city has to offer. It’s no wonder, then, that the restaurant has earned three Michelin stars and numerous accolades from other rating agencies.

Chef Daniel Humm offers a seasonal tasting menu that includes a variety of local flavors, including his signature roasted duck. Aside from its food, however, the restaurant is well-known for its superior service and guest experience. Plus, after a thorough renovation in 2017, the restaurant is back and better than ever, but be sure to grab a reservation as soon as possible – this restaurant is known for being fully-booked months in advance!

If you want to find more delicious restaurants and local dishes, you may want to follow these top food bloggers in New York.

Maria Kennedy is the managing editor at Travel for Food Hub. Maria is on a full-tilt mission to share local food and travel inspiration. When she is not writing about food and travel, startups or social media, she is enjoying her time with her boys in sunny Spain.
@mariaonzain
Previous 6 Outstanding Restaurants to Eat in Rome
Next 7 Signature Cocktails You Should Try in New York 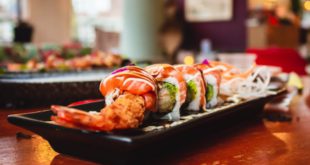 Best Places to Eat Good Food While on Nantucket Vacation