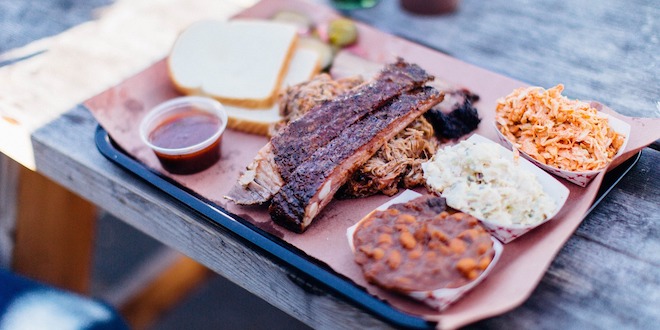 8 Best Foodie Cities Around the USA

America is a huge country. From the hustle and bustle of New York to the slowed-down lifestyle of those living in the beautiful bleakness of Alaska, the USA spreads across half a continent. One of the benefits of this is that in a country this big that was mostly built by immigrants, there is a hugely varied food scene. In this article, we’ll be looking at some of the best foodie cities around the USA for you to enjoy excellent fusions of flavours and culinary styles.

It’s probably no surprise that New York tops the list of foodie cities around the USA. The most populous city in the USA has long been a melting pot of different cultures, each with its own unique and delicious take on food.

While the first thing that tends to come to mind when you mention the food scene in New York is fine dining (the city does have 93 Michelin stars to its name), that’s far from all there is to sample.

If you want to taste the real flavours of New York, head down to any one of the bustling food halls or open markets. We suggest Smorgasburg, DeKalb Market Hall, or the Gotham West Market for the chance to sample a huge range of amazing food.

Because of the amount of world culture gathered in New York, it’s easy to satisfy any particular craving you might have. Looking for a great curry? Head to Little India in Jackson Heights. Dim Sum? Flushing now has one of the largest Chinatowns in the country. Steak? Try the Argentinian steakhouses and local butchers in Corona. Do you have a sweet tooth? Treat your self in a specialty donut shop.

Seattle already had a historical connection with food and drink through the famous Pike Place fish market and the city being the home of the Starbucks coffee company. However, there is much more to Seattle than just fish and sugar-filled lattes; the city has grown beyond that to foster a growing food scene that combines locally sourced ingredients with an international flair.

Seafood is always going to be at the forefront of Seattle’s food scene and venues like Ivar’s Acres of Clams and Hitchcock serve some of the best seafood in the US. If you want to get the full Seattle experience, you can also eat inside the Pike Place fish market at Matt’s in the Market.

If you’re looking for something gamier then head on over to the Flintcreek Cattle Co to enjoy sustainably raised alternatives to beef, such as bison and wild boar, combined with fresh locally-grown vegetables.

If you want something a little less Stateside then you should also visit Cafe Munir for the best Lebanese food in Washington or some top quality Caribbean-inspired sandwiches at the legendary Un Bien.

In addition to the food and coffee scene, Seattle has some amazing sights to see. So, if you are there for the food, you should make time to see the Space Needle, the Museum of Pop Culture, and even head down to CenturyLink Field to see the Seahawks take on the best of the NFC West.

The Miami food scene is infamous for going through sudden crazes for a particular type of food. Up until recently, it was Peruvian food and, to be fair, you can still find some of the best Peruvian food being served outside of Peru itself down at the Jaguar Latin-American Kitchen.

However, the current food of the moment is a traditional food from Oaxaca in Mexico. If that’s your kind of thing then head on down to Bakan for some of the best examples of it.

When you are visiting Miami, you should also be looking to try the local Cuban food. For some of the tastiest and most authentic Cuban fare, we suggest La Carreta.

In many ways, San Francisco is similar to New York in that it is a city where you can easily find pretty much any international food you are craving. Added on to this culinary multiplicity is the presence of some truly great seafood.

If you want to sample some of the local sea life, then our choice would be Angler. Set right on the wharf, this seafood restaurant serves some of the best catch-to-table fares in the city. From there you can take a worldwide culinary tour, from Danish food at Kantine, Italian at Barbara Pinseria, Indian at Besharam, and Chinese at the China Live Market Restaurant.

With a sort of city-wide emphasis on being one of the “beautiful people”, it’s not surprising that PETA named Los Angeles their “vegan heaven”. And it had to be in our list of the best foodie cities around the USA.

If you are swearing off the meat, then LA is the place to be as there is a huge range of vegan food on offer. Baroo Canteen will provide you with an excellent hearty lunch of fermented veggies or a piled high grain bowl, and Plant Food + Wine is famous for its innovative take on vegan cooking.

As America’s foodie capital, Portland was destined to be on this list somewhere. You can get pretty much any foodie treat you like in Portland and the city places great emphasis on fresh ingredients and locally-sourced produce.

For a sweet treat, you can’t go far wrong with Voodoo doughnuts. One of the most famous doughnut shops in the USA, Voodoo has a huge range of interesting and freshly cooked doughnuts to sample and they are all delicious.

Lunch can be taken care of with any of the fantastic food carts around the city, although you want to get in line early for some of the more popular ones, as people will queue around the block for their food.

In the evening you can treat yourself to a little fine dining with traditional French Bistro options over at Le Pigeon, some of the best steaks in the USA from Argentinian steakhouse the OX, or keep it local by dining at Holdfast, the Portland icon that sources most of its food from coastal foraging.

These are just some of the fantastic restaurants Portland has to offer, so relax, take your time, and enjoy America’s foodie capital.

This is a guest post written by a third party for Travel for Food Hub. If you'd like us to feature one of your own articles or become a regular contributor, contact us by clicking on the button below and filling out the form. We would be so glad to share your food and travel experiences!
Previous 5 Best Nightlife Cities in Europe
Next 9 Hacks to Pack Food During Move