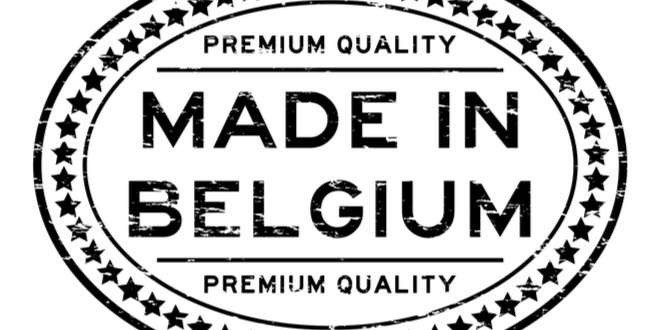 You have tasted chocolates, drank some beers and enjoyed a Carbonnade à la flamande. Now it is time to up the game and venture into some lesser known Belgian food traditions. Next time to travel to Belgium, try at least one of these foodie tips and tell your friends about it, they will absolutely love it!

1. The noble art of Trappist (beer)

There is a high probability that you may have tasted a Trappist. But did you know that you have drunk a quite unique product? There are lots of abbey beers in Belgium, but not every abbey beer has the right to be called a Trappist.

According to the International Trappist Association, there are three major rules:

In total, there are 11 beers worldwide, that carry the label of Trappist. Six of these are Belgian: Rochefort, Westmalle, Westvleteren (also known as St. Sixtus), Chimay, Orval and Achel. I think it comes as no surprise that these beers are hugely popular because we are proud of this tradition.

TAKEAWAY: Fun fact about Westvleteren! The Westvleteren 12 is often considered to be one of the best beers of the world. As a consequence, the monks of the abbey find it difficult to keep up with the huge demands of their produce. Nowadays, they sell the beer on a weekly basis at the door of the monastery, provided you have ordered in advance.

Gueuze is obtained by blending lambics, a beer that is only brewed in Brussels and a region called the Pajottenland, which is located to the south-west of the Belgian capital. And why only here? Because it is only in those two places that you can find a certain bacteria, which is necessary for the production of lambic. Another interesting fact is that lambic does not contain brewery’s yeast, but wild yeast.

Gueuze is popular in Belgium, but foreigners might be taken aback by its unique acid flavour. Or in other words, this is a kind of beer that you have to learn to appreciate. Belgians often drink Gueuze as an aperitif and use it in cooking.

If during the brewing of Gueuze sour cherries are added, you obtain a fruit beer which is called Kriek (literally: sour cherry). This beer is very popular during warm sunny days and tends to be sweeter. In the meantime, lots of other fruit beers have become available in Belgium, but not all of them have Gueuze as a basis.

Popular brands of Gueuze are Boon, Belle-Vue, Cantillon and Lindemans. If you really find this beer to be too acidic, you can add sugar or syrup. Some Belgians do this as well.

3. Try this for a change: américain nature/ américain préparé.

You are peckish and feel like ordering a sandwich. Why not follow the example of lots of Belgians and have a sandwich with américain nature or américain préparé?

This is a variation on the steak tartare I mentioned in my article about 10 Belgian foods you really need to try. So yes, américain nature is basically ground raw beef. You can find it in any butcher shop and lots of sandwich shops sell sandwiches with américain nature. But just like with the steak tartare, some people avoid it, because of health concerns.

Américain préparé, on the other hand, is basically américain nature mixed with pepper, salt, ketchup and/or mayonnaise, Worcestershire sauce, mustard and finely chopped onion. As a result, this variation has a spicier taste. I like both, but some people stick to one variant only.

If you think that raw fish is only typical of Japanese culture, think again! We Belgians – and Dutch and Germans for that matter – consume it as well.

First of all, what are maatjes? They are actually brined young herring. Since we are talking about young immature herring, they are only available during certain months of the year, usually from the month of June. We usually eat them with finely chopped onions, although this not a necessary ingredient. Belgians consider maatjes to be a snack or a light lunch.

Pickled herring is widely available as well. Another variation is called rolmops, which is also popular in other areas in Europe and in the USA. This is pickled herring filet, which is rolled into a cylindrical shape. Inside, you will find a savoury filling such as onion or a spicy olive. You can find most variations in a fish shop or a supermarket.

5. And last but not least: grapes

This entry might actually surprise you. In general, grapes are cultivated for the production of wine. And I don’t know if you are aware of this, but there is a small area in Belgium where wine is produced! But in this article, I refer to grapes that you can actually eat.

These grapes are grown in a limited number of towns, just outside of Brussels. We are talking about large grapes, with a deep blue, almost black colour. They are juicy and quite sweet, which adds to their popularity. Most people buy them at markets or in their local supermarket, where they tend to be quite expensive.

There is actually a way to avoid this. If you happen to be driving around in Belgium, pay a visit to towns such as Hoeilaart or Overijse. Along the road, you will find stalls where you can find the same quality of grapes, but at a lower price.

Ingrid Dendievel is a Belgian teacher, blogger and photographer. She loves to travel with her Danish fiancé, and they both enjoy tasting local foods and drinks. You will never see her without her Nikon D7100.
Previous 8 A-List Street Foods At Broadway Bites
Next 6 Best Food Markets To Eat In New York 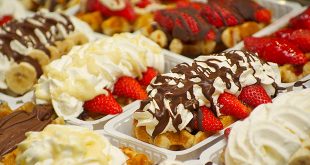 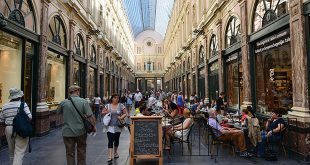