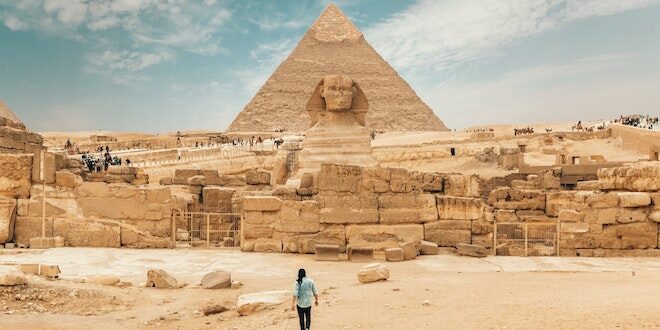 7 Incredible Things To Do In Cairo – after Visiting The Pyramids

Egypt’s capital, Cairo, is home to the pyramids and other incredible historic artifacts. At first glance, it may seem overwhelming to live in a city with a population of almost 21 million, the second-largest city area in Africa. Buildings are covered in smog, traffic is backed up, and the noise level can be deafening. If you are visiting from Abu Dhabi to Cairo read this blog further to find out some incredible things to do in Cairo.

Start with a little bit of an unknown. The Cairo Museum, also known as the Museum of Egyptian Antiquities, previously held a collection of more than 120,000 ancient artifacts, making it the oldest archaeological museum in the Middle East. The glittering Tutankhamun mask, mummies, colossi from long-ago temples, gold jewelry, and tiny but ideal items that once pleased a pharaoh can all be found there. This massive museum on the banks of the Nile, which is still open as of this writing, will soon be replaced by The Grand Egyptian Museum, which will be built close to the pyramids outside of Cairo. The COVID outbreak has prevented the museum from opening on schedule, but eventually, all the significant objects will be placed there, with the old museum undergoing renovations and facing an unclear future. Put these on your to-do list as soon as you get to Cairo because the ancient treasures assembled here are incredible.

You may also like: 5 Things You Don’t Know About Moroccan Cuisine

The National Museum of Egyptian Civilization, will not only work hand in hand with the aforementioned institution but will also focus more on the history and its tales than on the individual items. It is the second new museum that has been added to Cairo’s must-see list. However, the mummies of the pharaohs were previously moved with much fanfare and ceremony at the Former Rulers’ Parade organized in early 2021. When compared to the bustling city just a few feet away, the location, which has a view of Ain El Sira Lake and reproductions of pharaonic vessels floating on it, is calm and picturesque. The displays in this spectacular modern structure take you through the various phases of Egyptian civilization rather than only focusing on the old pharaohs.

You may also like: The Scoop on Moroccan Mint Tea

It’s fun to get lost in the narrow streets of so-called Coptic Cairo, also known as Old Cairo, which is several centuries older than Islamic Cairo. And you’ll get lost. There is much to see, including the Coptic Museum, which features some 15,000 works of art and takes you through both Coptic and Cairo’s history. One of the oldest structures in Coptic Cairo and one of the oldest churches in Egypt, the Saint Virgin Mary’s Coptic Orthodox Church, also known as the Hanging Church, dates to the third century AD. The Amr Ibn El-Aas Mosque, which is not far from the church and of roughly the same age, demonstrates the close proximity of the many religions in Old Cairo. The mosque is incredibly beautiful and has several colonnaded pathways all around it.

The Khan el Khalili, an ancient bazaar in Cairo, has been a popular destination since the 14th century and it is one of the best things to do in Cairo. Anyone who loves kitchen wares, whether they be bowls, pots, coasters, or other nice and useful items, will have to ask their airline for an extra baggage allowance. The market is a maze of lanes filled with stalls, much like the Istanbul Grand Bazaar. The air is heavy with incense, and the light is reflected from many shimmering lanterns and mirrors. The environment is energetic. Yes, you do get stopped at every intersection and asked where you’re from as soon as you dare to slow down, but this is all part of the fun. Look around, bargain, and purchase anything that will fit in your suitcase.

Around Cairo, there are innumerable stunning mosques, and when it is time for prayer, the streets are filled with the haunting calls of the devoted. Al-Azhar Mosque, which was built in 972 AD and is located in the center of Islamic Cairo, is one of the most stunning mosques. The courtyard is enormous, the delicate Arabian design is simply gorgeous, and there are several tiny architectural features to be explored. The fact that this mosque is also one of the oldest universities in the world—founded in 988 AD by Caliph El-Aziz—makes it even more unique. And those long, black gowns you wear to graduate from college? The robes the students wore served both their inspiration and their place of origin.

You may also like: 9 Street Eats in Marrakesh To Satisfy Your Inner Foodie

Sultan Al-Nasir Salah al-Din Yusuf ibn Ayyub, often known as Salah ad-Din or Saladin, constructed the Salah El-Din Citadel, also known as the Citadel of Saladin, about 1180 AD. The citadel afterward served as the residence of numerous kings that came after Saladin. It takes some time to explore the historic fort, which has a view of Cairo and is so big that it has a mosque and numerous museums inside its robust walls. Ayyubid and Cairo were originally connected by their extensive walls, which served as a barrier between them and the Crusaders. However, Napoleon’s conquest of Cairo and Alexandria in 1798 and his subsequent camp in the citadel served as proof that it was no longer impregnable.

Another pyramid, albeit one with a radically distinct design from the Giza pyramids, is located less than 20 miles south of Cairo. The step pyramid complex of Djoser at Saqqara, which dates to roughly 2600 BC, is not only the earliest pyramid ever constructed by the ancient Egyptians and consequently Egypt’s oldest pyramid. In honor of King Netjerikhet of the third dynasty, also known as Djoser, which means Sacred or Holy One, and who essentially wanted a burial complex with a twist, the complex is also known as the Djoser Pyramid.

If you are looking to visit Abu Dhabi to Cairo then these are the different places to visit that you can consider having a successful trip.

You may also like: 6 Things You Didn’t Know About Moroccan Tajine

Maria Kennedy is the managing editor at Travel for Food Hub. Maria is on a full-tilt mission to share local food and travel inspiration. When she is not writing about food and travel, startups or social media, she is enjoying her time with her boys in sunny Spain.
@mariaonzain
Previous 10 Affordable Holiday Destinations To Try
Next 5 Best Historical Places in India 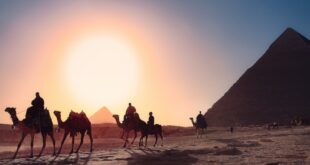 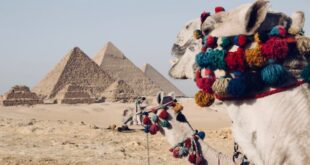