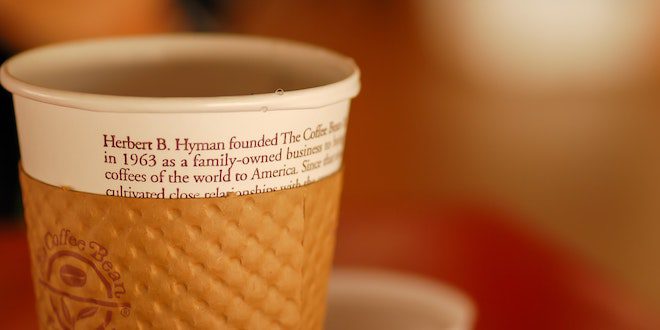 Coffee has has always been a huge part of the Arabic culture and, more recently there has been a growth in interest in the coffee culture in Saudi Arabia. The term “coffee” is from the Arabic word “qahwah” or “قهوة” and the term espresso machines in Arabic is “الآت الإسبريسو”. Coffee arabica is a valuable crop grown on Saudi Arabia’s terraced mountain slopes. Arabica coffee thrives at more significant elevations (1200m-1800m).

It necessitates a humid climate with a yearly rainfall of roughly 90 mm. As discussed, Arabian coffee originated in Ethiopia (Africa), also Arabian coffee is grown in the Arabian Peninsula’s southern part.

Coffee farming has been in practice in Saudi Arabia for at least four centuries. Coffee beans are one of the most traded agricultural commodities. Every year, coffee trees in Arabia generate about 500 tons of coffee beans.

You may find coffee in social gatherings and weddings. During these gatherings, you will always find the Arabic traditional coffee pot. It is cultural to keep the pot heating as it never runs out of coffee. Also, the Arabs will serve the coffee in small Arabic cups.

On the streets and in shopping malls, coffee shops are sprouting. The local cafes worked hard to establish a reputation for offering high-quality Coffee and have adjusted to include specialty coffee.

Introduction of Coffee in Saudi Arabia

The coffee culture is a tradition that dates to the 11th century. It was during this time that Coffee was first introduced to Arabia. Arabic merchants got their coffee from Ethiopia and brought it home. The revitalizing powers of this new “wine of Islam” enchanted the Persians. Muslims were not drinking actual wine, as their religion is against drinking alcohol.

Coffee arrived in the Kingdom of Arabia via Mecca and Medina in the second part of the 15th century. In 1510, it made its way to Cairo. The Osmania Kingdom ascended to its pinnacle in the first half of the 16th century. In Arabia, Asia Minor, Syria, Egypt, and South-Eastern Europe, Coffee became quite significant. In Damascus and Aleppo, they started establishing the first coffee shops in 1530 and 1532. They were consuming Coffee not at home but at the many public coffee shops. It began to pop up in cities all around the Middle East. They started unravelling the Coffee shops in their appeal.

In the Kingdom of Saudi Arabia, coffee shops have evolved into social hubs. People congregate in these shops to socialize and free their minds. As a result, the coffee culture necessitated social connection, which has become a big deal for the younger generation.

You may also enjoy: 10 Things you don’t know about Arabic Coffee

Coffee and the Arab Culture

Sitting with family or friends in the evening is an Arabic tradition. You may observe them serving coffee in tiny cups of boiling coffee from a dallah. It is a tradition that has facilitated communal conversations. Also, it’s a traditional expression of Saudi hospitality, and it remains the same case today.

TAKEAWAY: Arabic coffee was a necessity in weddings and marriage proposals in the Middle East. It was a way for people to sit and have converse or solve grievances. Did you know, if a guest has a special request from the host, they do not drink their coffee? The host will have to inquire about their guest’s request. If the host wishes to grant the request, they must ask the guest to drink the Coffee as a gesture of acceptance. Also, the guest must drink the coffee and not ask for water until they finish.

You may notice Arabs drinking coffee and eating date. It is because, like coffee, dates are a big part of their culture. Some Arabs use eiles or use dates to make excellent syrup derivatives. Arabic coffee culture is almost as old-fashioned as pipe shisha. In this region of the world, pipe shisha, coffee and dates are their way of relaxing after a long day.

The Emergence of Specialty Coffee

The coffee industry in the Middle East is expanding. Specialty coffee shop chains are thriving in the UAE and Saudi Arabia, particularly in Dubai and Riyadh. It is because of the growing number of professional events. Here, people (locals and tourists) get to try out the different varieties of coffee. Events like the International Coffee and Chocolate Exhibition in Riyadh are popular.

With the new technology, coffee sellers get to bring new coffee flavors that meet the needs of thousands of customers. For example, some people will prefer ice coffee to the traditional hot Arabic coffee.

The growing market offers plenty of investment opportunities. For instance, with over 9,000 branded coffee shops in 12 countries. It offers global producers a new market. The first specialty coffee farm in Saudi Arabia opened and the residents were eager to try its products. It produced both washed and natural Coffee.

The history of coffee in Saudi Arabia is fascinating. They roast the beans as guests watch using a Dallah. The process is part of the traditional coffee ritual. For modern families, coffee beans are roasted in the kitchen and they serve ready coffee to guests.

Opportunities in gourmet coffee and chocolate are booming in the Middle East. As many of the residents welcome the idea of specialty coffee. In return, it provides an opportunity for investors. It is also with the growing interest in third wave brewing technologies. Global farmers can enjoy the growing demand for high-end beans. Saudi Arabia could be a part of your future try if you have the correct contacts.

Saudi Arabia also produces one of the world’s finest coffees, known as ‘Khoulani.’ Coffee is a prominent traditional Saudi Arabian beverage. It is in every home and serves as a symbol of the country’s long-standing culture.

Maria Kennedy is the managing editor at Travel for Food Hub. Maria is on a full-tilt mission to share local food and travel inspiration. When she is not writing about food and travel, startups or social media, she is enjoying her time with her boys in sunny Spain.
@mariaonzain
Previous Delhi Travel Guide for first time visitors
Next St. Petersburg to Moscow Night Train Options 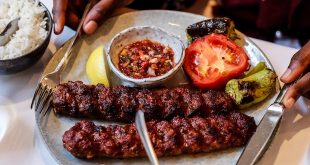