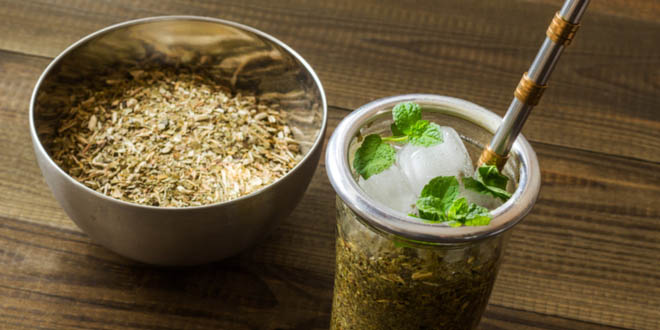 6 Traditional Paraguayan Foods You Must Try

When you think about the must-visit foodie destinations, Paraguay might not immediately come to mind. But it does boast some fantastic dishes that you really can’t beat. A stunning country in South America that we often overlook, Paraguayan foods should be on every food lover’s bucket list.

Like most of South American cuisines, such as Peruvian cuisine, for example, Paraguayan gastronomy shows influences from different periods of its history. Plenty for a newcomer to discover! If you’re planning on heading to Paraguay in the future, here are 6 Paraguayan foods you absolutely can’t miss.

Chipa is a kind of bread roll made from cassava flour – the same plant from which we get tapioca. It also includes eggs and cheese. Unlike most bread, it has no yeast, so it will keep for days. There are several different varieties made with distinctive ingredients in order to achieve a wide array of flavours. One example is chipa so’ó which comes stuffed meat. Chipa is a lovely little street food that you can buy everywhere – and cheaply. Great as a snack, side dish or breakfast item, chipa is a popular food you won’t be able to miss on a trip to Paraguay.

A cake made with cassava flour, which also uses milk, eggs, and cheese. You fry it in a hot pan, and it comes out like a thick, cheesy pancake! Starchy and filling, it is served warm. And it is guaranteed to satisfy your hunger at any time of day.

TAKEAWAY: Mbeju, like many Paraguayan foods, existed as a traditional Guarani dish that took on elements of European cooking – eggs, and cheese, for example – when Conquistadores and Jesuits from Spain settled in the area. Nowadays, Paraguayan food uses a lot of cheese, corn, and meat. This rich food that’s calorie-dense helps to keep you working through a hot day, and keeps you going longer between meals.

This dish uses a type of sweet squash called andai which is mixed with cornflour, cheese, and sugar. Kiveve is great for breakfast because it’s filling and high in calories, so it’ll keep you going for hours. Usually, this cream or puree is served in a bowl, either cold or a bit warm. You can add milk to taste. Either a scrummy dessert that’s not too sweet or a creamy side to a main dish, Paraguayans love kiveve. And it’s pretty easy to make if you want to try yourself.

Empanadas aren’t unique to Paraguay since most Central and South American countries have their own variation. In fact, empanadas are a quite common Costa Rican snack. What makes Paraguayan empanadas special? People like to eat them as a sandwich! Put a generously filled, well-fried empanada between two slices of bread and voila, sandwich de empanada.

It feels like something of a kindred spirit to the British pie barm or pie sandwich, and that’s why it absolutely had to go on this list. Ahead of a long day of hiking, fill up on an empanada sandwich to give yourself a super carb boost. Or after a night of drinking, it’s ideal for soaking up any leftover alcohol!

Sopa Paraguaya is Paraguay’s national dish. However, it isn’t a soup, as “sopa” would suggest, but a kind of cakey bready dish. You make it with cornflour, cheese, and milk and can use onions and pork fat for flavour. It’s baked in an oven to give a cornbread-esque texture. There’s a lot of speculation and legend about how it got its soupy name, but whatever the story is, the dish it’s still delicious!

Terere isn’t really a food, but a kind of tea. Paraguay has a loving relationship with tea, of which terere is a common variety. It’s a blend of yerba mate, a kind of green tea popular all over South America. Unlike in Argetinian cuisine, where mate is drinked hot, Terere is brewed with ice and cold water.

Terere is very refreshing, highly caffeinated, and easy to drink on a hot day. That’s why you will see people carrying it around with them everywhere. It’s easy to find if you want to give it a try when you visit. The hot version is mate (or mate cocido) which people like sweetened and taken with milk.

There’s a plethora of other dishes to sample in Paraguay, including soups, barbecue, fusion food, and desserts. In any case, every meal is energizing, filling, and reasonably priced. You can explore the cuisine’s rich history as you travel this beautiful country, or give some of the dishes a go at home.

I'm a master's student reading Broadcast Journalism in the UK. I write content for Original Volunteers alongside my studies, and also write fiction in my free time. A bit of a language nerd, I speak Japanese, French, and a little Spanish alongside my native English. Next on the list is Brazilian Portuguese!
Previous 8 National Dishes You Need To Try
Next 9 Places to Eat and Drink in Florence 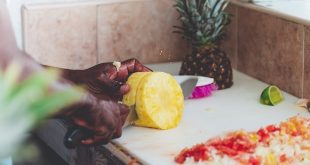 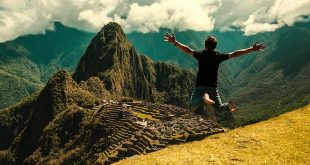 Peruvian cuisine: what to eat while visiting Peru 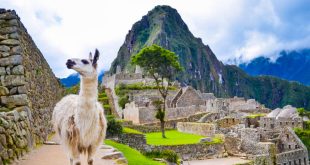