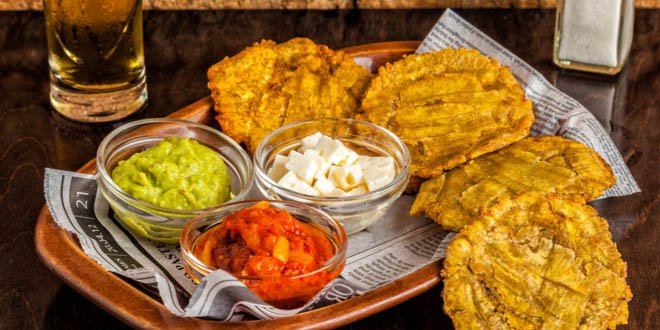 Many a budding traveler dreams of one day visiting the fabulous Central American nation of Costa Rica. The endless coastlines, inviting emerald waters, dense rainforests, and vibrant culture… They all mean that it is deservedly one of the world’s most desirable destinations.

But beyond these obvious aspects of the country, something less well-known, but equally attractive is the national cuisine. The combination of a tropical climate, fertile soil, and various influences throughout the region’s history mean that Costa Rica’s food is exotic, unique and above all, delicious.

Generally, the food is quite simple, but with a focus on high-quality ingredients, and, usually, a nice balance. So, whether you’re a volunteer in Costa Rica, a backpacker, working or living there, here are five Costa Rican snacks you simply cannot miss on any trip.

TAKEAWAY: Did you know that most Costa Rican streets don’t have a name? While it’s true that in 2012 the capital city of San José finally numbered its streets and avenues, locals will almost never give you directions using them. They usually use city landmarks (both old and new) and cardinal points. So when asking about a certain restaurant they might tell you that it is located 200 metres North of the hospital, just before you see the chained dog. Or 50 metres East of the big tree, in front of the pink house with iron gates.

This fantastic dish is commonly eaten as breakfast, but would also not be out of place as a snack or even dessert. Chorreadas are pancakes made from blended corn mixed with milk and fried with oil. Natilla is a kind of soured cream, generally dolloped on top of the chorreadas. The creaminess of the various ingredients work together to make a smooth, rich, satisfying meal that can be made from fresh in a matter of minutes. Its simplicity also means that it can be picked up very cheaply, making it a great stomach-filler for anyone on a budget.

This is another simple, corn-based food that serves as a quick, cheap and hearty meal on the go. Pan de elote is popular throughout Costa Rica for several reasons. It is essentially a type of basic cornbread, but made with condensed milk, making it sweet, creamy and moreish. As it is largely corn-based, pan de elote is at its absolute best at the peak of corn harvesting season, which is around the summertime.

Tamal asado is another ubiquitous and easy meal based on… You guessed it, corn! Besides the good old Costa Rican favorite that is corn (in this case cornflour), tamal asado has natilla (soured cream), butter, milk, sugar, and cheese. I’m sure I don’t have to tell you that this spongey cake isn’t exactly an incredibly healthy superfood, but it is perfect for a treat or as a dessert to be enjoyed in moderation.

Another sweet treat, prestiños are generally found in abundance during holy festivals and celebrations. They are a sort of tortilla or pancake, made from flour, sugar, oil and possibly eggs. Plus various other additions that depend on who is making them. They are usually topped with a sweet syrup such as honey. Though it can also be combined with different spices for bringing out deeper flavors. As they are so simple, prestiños are another example of a satisfying snack that can be picked up very cheaply all over the country.

For the final entry to the list, we have another corn-based food, but with a bit of a twist. Empanadas de chiverre would be best described as turnovers. The cornflour is used, along with salt, vinegar, and butter to make a savory dough. The chiverre element of the dish is the filling. Chiverre is a kind of winter squash, which is mashed up and used to pad out the turnover. Delicious.

As you can see, Costa Rica is about more than just beaches and rainforests. Anyone visiting should make an effort to try as much of the wonderfully unique food as possible. And you can start with these 5 Costa Rican snacks.

Nicoleta is the resident content blogger for uVolunteer. Nicoleta is an avid linguist, speaks fluent English, Chinese, French, Spanish and native Romanian. She spent a decade working in China in the education sector and working with major international development institutions. Nicoleta currently lives in Vancouver, Canada. She is passionate about volunteering, sustainable travel and has a soft spot for ethnic food.
@uvolunteer
Previous A Quick Foodies Guide to Brunei Darussalam
Next 10 Famous Foods of Singapore And Best Places To Try Them 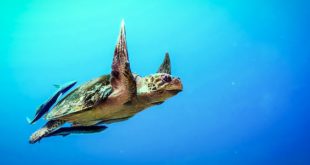 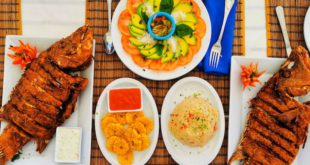 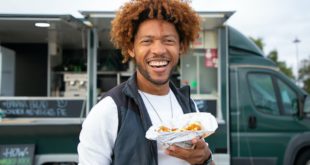