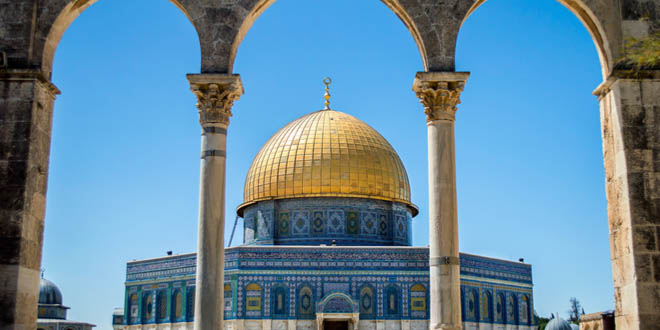 Israel has been a travel destination literally since ancient times. With monikers ranging from “the Holy Land,” “the Land of Milk and Honey,” and “the Cradle of Religion,” the country has profound meaning for millions of people worldwide. Visiting Israel today still provides travelers with immense satisfaction and an authentic cultural experience. However, as with any trip, travelers should be aware of certain things. So here we offer some of the best travel tips for visiting Israel to help your vacation to this country run smoothly.

Water in Israel is safe to drink by Western standards, though some visitors say that they detect a taste. Bottled and mineral water, however, are widely available, if you’re concerned about the tap water.

Food hygiene and safety is on par with the U.S. and should present no health issues. Kosher food abounds. If you are not familiar with Jewish dietary laws, meats and dairy cannot be cooked or eaten at the same meal, and pork and shellfish are forbidden.

You can find cuisine from all over the world in Israel’s major cities. For those interested in local favorites, here are some ideas:

Nonetheless, there are western food chains like McDonald’s, Burger King, and Pizza Hut in most places.

Regarding beverages, any restaurants and cafes, including hotels, serve alcohol, often with a Kosher option as well. Beer, including the local Maccabee and Gold Star lagers, is easy to find, and the country also enjoys a vibrant wine culture.

Tipping is expected in restaurants. Consider leaving between 10-15% of the check, with 12% being the norm. Other service industries do not expect tips, but they are often appreciated.

The Jewish Sabbath, begins at sundown on Friday and ends at sundown on Saturday. During this time, shops and restaurants may close. This is especially true in Old Jerusalem. Some hotel restaurants do stay open, though, and offer room service.

TAKEAWAY: Did you know that Jerusalem is considered a sacred city not only by Jews but by Christians and Muslims too? For Judaism, this is the place where King David established the capital of Jerusalem and where the Ark of the Covenant lies. For Christianity, Jerusalem is where Jesus was crucified and resurrected. And finally, for Islam, this is the third sacred city from where Mahoma ascended to the skies. That’s why the Old City of Jerusalem was added to the UNESCO World Heritage Site list in 1981.

While Israel has a Western point of view, it remains a deeply religious country. Modesty in dress is expected, particularly when visiting synagogues, mosques, and churches.

Both men and women have to cover their legs at religious sites – that means no shorts. Women should also cover their upper arms. Furthermore, for synagogues, men must cover their heads with a small skullcap known as the kippah or yarmulke. Some synagogues provide a paper version, but a hat is also acceptable.

Israelis are friendly, yet direct. What some might construe as a personal question is not unusual, and is instead considered normal curiosity. Travelers are highly welcomed and will find that the locals are very hospitable.

As a country with great historical and religious significance, souvenir shopping is widespread and fun. Some things you can look out for to bring back home are:

Haggling and bargaining in street markets and some stores in the cities is an acceptable practice. You might work your way down 50% in price in tourist areas. Although in major stores, malls, and restaurants the price is as posted. If you’d like to learn more about how to best bargain, take a look at “5 Tips To Survive A Visit To A Souk In Marrakesh.”

General costs of living in Israel are similar to the US and UK. Hotel accommodations, particularly in Tel Aviv, are the exception to this in that they are some of the most expensive in the world. A good meal, however, can cost less than USD 10, and regular taxi fares will not cost more than USD 8.

The national currency is the Israeli Shekel, which is about USD 0.30 to ILS 1. Exchange rates change daily, so don’t expect the same bang for your buck each time you exchange. Check the XE Currency Converter to see the real-time exchange rate to ILS.

Travelers can exchange all major world currencies. Request small denominations when possible since large notes are often difficult to change.

ATMs and banks are also widely available. Traveler’s checks usually require high fees so they do not recommend them.

Free WiFi is common throughout the country and you will be able to access it in restaurants and clubs. Some hotels might charge a fee.

Electrical plugs are Continental or European: two round pin with standard 220 volts, 50Hz AC. US travelers will likely require an adapter.

Tetanus and Hepatitis A vaccines are strongly recommended. Check with your country’s official vaccine websites for more information or consult your healthcare practitioner.

The time zone is Israel Time Zone (IZT), 2 hours ahead of Greenwich Meantime (GMT+2). Daylight Saving Time goes from the Friday before April 2 through the Saturday that falls between Rosh Hashana (New Year) and Yom Kippur, in the fall.

Knowing what to expect ahead of time can make a trip to Israel all the more easy and enjoyable. From its delicious (and cheap) food options to religious sites that have attracted travelers for millennia, there’s something for everyone here. That’s why we hope that these travel tips for visiting Israel turn out to be helpful for you.

About the Author: Oasis is a group of travel enthusiasts dedicated to changing the way people experience cities and cultures. By creating a new brand of hospitality, they are combining comfort, convenience, and adventure into a single travel encounter. Oasis strives to give people authentic and meaningful ways to explore the world around them.

This is a guest post written by a third party for Travel for Food Hub. If you'd like us to feature one of your own articles or become a regular contributor, contact us by clicking on the button below and filling out the form. We would be so glad to share your food and travel experiences!
Previous 5 Tips To Survive A Visit To A Souk In Marrakesh
Next 9 Street Eats in Marrakesh To Satisfy Your Inner Foodie 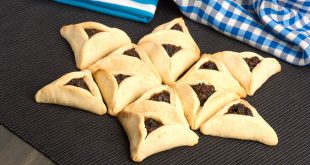 5 Purim Foods and Drinks To Enjoy This Jewish Holiday 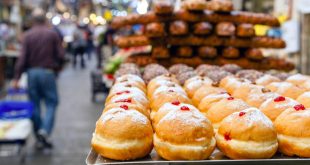 6 Israeli Treats to Buy in a Local Market 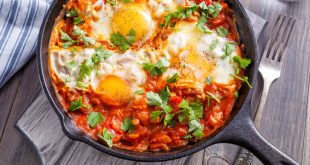 Israeli Eats at “Home”: The Joys of Travel Cooking