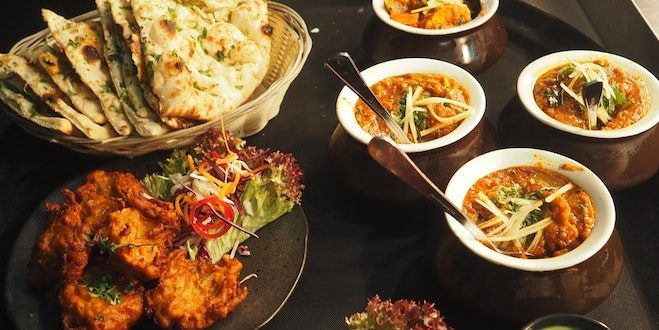 I got to explore the Maharashtrian cuisine when I was out exploring India. In my first article for Travel for Food Hub, I’ll be bringing to you some of the dishes native to the place, and the ones that have made it to my favourites list. Check out the top 10 dishes you shouldn’t miss in Pune:

Bakarwadi is a sweet and spicy snack, that’s one of the favourite snacks in Maharashtra. It’s made of gram flour dough that is stuffed with a mixture of coconut and sesame seeds. They are later spiralled, cut into pieces and fried until crisp. It’s a snack you can munch on at any time of the day.

Misal Pav is unique to Maharashtra, and it’s one of my absolute favourites! It is probably the dish I miss the most after I left the place. It’s a popular spicy dish that’s served with a gravy and bread/pav.

The gravy is made out of spices like red chilli, turmeric and other spices that make Indian food so delicious. And it’s mixed with a mixture of boiled potatoes or sprouted and boiled green grams. It’s served with freshly chopped onions, sev/mixture/farsan and to be taken with some lemon squeezed on top of it.

It’s served mainly for breakfast and can be extended as an evening snack or dinner.

TAKEAWAY: Did you know that Maharashtrian cuisine is based on scientific and ayurvedic principles? For example, a food made with sesame in the Sankranti festival (which falls in January of every year), is made because it helps fight seasonal changes and builds immunity. Every food that’s seasonal or made for a particular festival is exclusively made keeping many factors such as climate, the planetary positions of the sun, moon and earth. And, more importantly, the impacts it would have on the human system, to be in tune with the way the universe works. It is fascinating!

This is a medium spicy snack with soaked tapioca pearls as the primary ingredient. The tapioca pearls are soaked for around 3-4 hours approximately depending on the size of the pearls. When ready, they are mixed with a few key ingredients like roughly ground groundnuts and then fried in oil.

They make for a crisp evening snack and are generally served with curd.

It’s one of the most popular breakfasts in Maharashtrian cuisine.

This is a quick dish, that’s easily available at all times of the day. It has a cutlet made out of potatoes that are kept inside the pav/bread. This is something you can grab, like a burger, when you are looking for a quick meal.

The add-ons to this dish are the chutney and the fried green chillies that you have to take a bit of, with every bite from the Vada Pav. It’s served for breakfast or as an evening snack.

Bhel Puri is a chaat, made of puffed rice, veggies, and a tamarind sauce. It’s tangy and a little sweet in taste. It’s a light snack and may not fill the stomach, but it fills the hearts for sure with its delicious Indian flavours.

It’s an authentic Maharashtrian sweet recipe that’s not easily available in the streets of Pune. I got to taste it thanks to a colleague of mine, when I had been there for a business trip, and it tasted heavenly.

It’s made of khoya, which is a mixture of thickened milk and jaggery, which is then stuffed inside a dough of all-purpose flour. It’s very rich in taste and mostly made as an Indian dessert on special occasions.

Pitla/Zhunka Bhakri is essentially Indian bread that’s served with chickpea flour porridge. The bread is mostly made of jowar. And the side dish is a spicy gravy that’s made with gram flour mixed with water to form a solid paste and then is sauteed and fried along with the spices.

It’s an inseparable part of the trek to Sinhagad, a fort in Pune. And I’ve seen people visiting this place just for the dish!

It’s a fast food dish and a very popular evening snack. It’s bread/pav served with a thick vegetable curry. The vegetable curry is an assortment of different types of vegetables such as carrots, potatoes, beans, etc. And everything is mashed into a paste and then sauteed and cooked with the spices.

As usual in Pune, the freshly cut onions and the lemon squeezed on top of the curry just before eating makes it lip-smacking.

Shrewsbury Biscuits is an English dessert but it’s locally manufactured in Pune. It’s one of the most popular biscuits in India, and they are made from dough that’s a mixture of egg, flour, sugar and butter. They serve as a classic dessert dish.

So, that’s it guys! I hope that when you visit Pune, you make sure you try out these dishes that are unique to it 🙂 Let me know in the comments if you have had a chance to try any of them!

Mark Bennett is a writer and traveler, whose major inspiration has been camping with his father ever since his childhood. He aims to visit 75 countries before he’s 30. You can also follow his adventures on his site outdoorily.com
Previous 3 Adventurous Things to Do in China
Next 5 Most Popular Foods To Try in Seattle 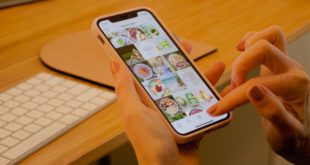 Food is an integral part of our lives. India has a very diverse culture with …