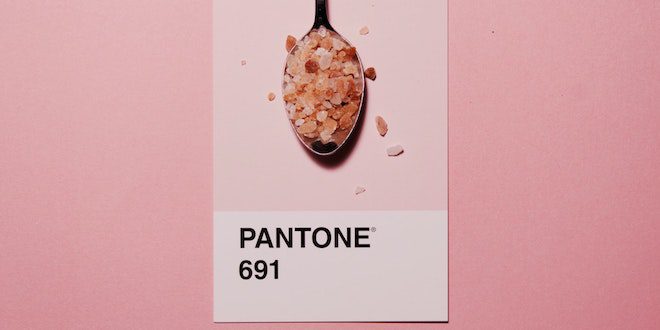 “First we eat, then we do everything else.”- M.F.K. Fisher. There really are very few things in the world that can bring a similar satisfaction as good food. It doesn’t matter where you have been or what kind of a day you have had, a well-cooked meal can make everything better. This stands true for most people unless you are one of those who only eats to live. The importance of food in every culture is why many restaurant and cafe owners pay so much attention to their fast food brand logos and visuals.

A well-designed logo is the way to attracting the target audience and getting them inside the door. It’s also how a restaurant conveys the type of food or specialty they serve. For example, a fast food place will usually have a burger or French fries in their logo design while a seafood restaurant logo may feature a shrimp or prawn.

While brand identity designs for fast food restaurants may appear simple, they usually have interesting stories behind their creation. Read on to find out how some of the most famous restaurants came up with their fast food brand logos and graphics.

The fast food chain’s logo is known for its unique typography and design, and can be instantly picked out anywhere. If you happen to enjoy the food at this restaurant, chances are that you are quite familiar with Arby’s iconic cowboy hat which features prominently in its branding. It also adds to the appeal of the place and catches the eye of the target audience which was what the designers and owners wanted.

While the color red is quite common in logos within the fast food restaurant industry, Arby’s red helps highlight the western theme and flair. The symbols, colors and font are all crucial design elements in fast food restaurant logo designs; this cannot be understated. As a business owner, you should focus on creating a brand identity design that is able to represent your restaurant in the best possible way.

It shouldn’t come as a surprise that one of the most recognized logos in the world has made this list. You could be in any city or town of the world and the people there would be familiar with the historic golden arches of the letter ‘M’.

In 1952, the founders of McDonald’s collaborated with the architect to come up with a design that would make the restaurant’s building stand out. The M that you see everywhere today is the modern day version of those original metal arches that were also created in yellow. This use of color has actually worked in the favor of the fast food restaurant since the beginning. It not only comes across as friendly and welcoming but also engages the consumers on various digital and print platforms. When you look at the curved yellow arches for some time, you might get the appearance of a bent French fry as well. So it’s a win-win for this fast food restaurant in every way!

Quick tip: A wordmark in the fast food restaurant logo is a better choice than a lettermark. This is because, in the beginning, you want your target audience to become familiar with the name of your business.

Taco Bell’s brand image is one of the famous fast food brand logos. This fast food chain was one of the most popular pink brand identity designs across the globe until it was redesigned in 2016.

While Taco Bell is known across the world for its Mexican-inspired menu, its logo design has also managed to become globally recognized. It’s a little known fact that the restaurant’s very first brand symbol did not feature the legendary bell commonly associated with it. There was just a wordmark in a dark color. Later on, the fast food chain introduced the image in yellow, orange and red. This color choice was used to represent a taco and its ingredients.

The current modern version has the bell in its logo design with the name of the company in a clear-cut, straight font. There is no more pink visible in the graphic and the new theme only features monochromatic purple. If you consider its overall appearance, all of the elements have come together effectively to make a strong impact.

Quick Tip: A restaurant logo design should be user-friendly and scalable. It will help with the marketing of the restaurant and the brand later on.

What comes to mind when you think of Chick-fil-A? Most probably, the curved C in the logo forming the head of a chicken. Its brand identity design has become quite iconic over the years and has appealed to people of all ages.

In the beginning, the appearance of the chicken was the highlight of the logo but it soon changed with the script. The typography and script font is unique and represents what Chick-fil-A has to offer to its customers, a good meal in a friendly environment. With the use of the bright red and glyphs, the brand logo stands out for being different from others in the industry.

It has also been established that the ‘A’ in the design is a play on words and symbolizes an A-Grade chicken fillet. You might not even be a fan of their food, but you will still be able to recognize the logo anywhere!

Quick tip: Put some thought into the font and typeface use you use for your logo. It could be the reason the consumers choose your restaurant over the competition.

This list would be incomplete without a mention of Wendy’s. The fast food chain’s logo design has kept close to its roots and tradition throughout the years. As the brand icon changed with time, the restaurant’s mascot remained the same and does to this day.

Basically, the founder named the business after his daughter with the illustration also featuring a smiling girl mascot. In its recent version, the design has become clearer and the lines more direct and straight. If you look closely at the logo, you might also read the hidden message in girl’s collar, which says ‘MOM’.

The idea behind the brand identity design was and still is to represent the feeling of home and the food that people eat with their families.

Creating fast food brand logos for restaurants can be slightly challenging. However, you can find inspiration everywhere you look! If you consider some of the logos mentioned here, the designs all have something close to the founder or owner’s personal or professional lives. With the help of an expert designer, you can transform your fast food restaurant logo into a successful visual brand identity and get your message out to the target audience.

Jacob Davis lives in Rocky Mountains with his dog Malibu. He writes, makes music, and paints for a living. He has ghost written many projects for clients.

This is a guest post written by a third party for Travel for Food Hub. If you'd like us to feature one of your own articles or become a regular contributor, contact us by clicking on the button below and filling out the form. We would be so glad to share your food and travel experiences!
Previous How Is Mankind Turning to RVs To Save Their Summer Travel Plans from The Pandemic?
Next The Dubai Food Festival: A Taste of the World