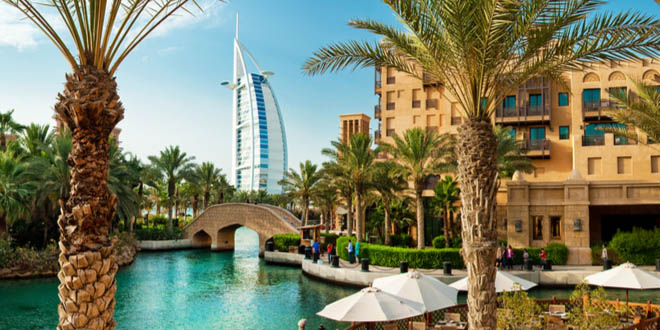 All You Need To Know About Dubai’s Foodie Paradise

If you’re a foodie, book a ticket to Dubai, for that is where your soul awaits you. In this Arab Emirate, you can indulge in such a variety of food that you’ll not only be satiated but undergo a major lesson on how myriad cuisines can coexist and be celebrated in one place. So read along to learn all you need to know about Dubai’s Foodie Paradise!

Dubai has achieved in record speed what would take decades in other places. The huge population of expats in Dubai is partly the reason for this explosion in the culinary area. Dubai is home to some of the finest restaurants and eateries, not to speak of Michelin-starred hotels. Dubai has been taken over by hardworking chefs and restaurateurs who’ve built this unshakeable reputation for Dubai as one of the world’s leading gastronomic destinations.

It All Began With a German Chef

Uwe Micheel, chef extraordinaire and one of the most respected personalities in Dubai, opened the city’s first European-style fine restaurant. He’s been working in Dubai since 1993 and is now Director of Kitchens at the Radisson Blu Hotel at Dubai Deira Creek and president of the Emirates Culinary Guild. He has become an excellent advocate for Emirati cuisine through his restaurant Aseelah. Moreover, last year he published a cookbook titled Flavors of Dubai, with lots of traditional and modern recipes that follow the country’s culinary heritage.

To quote Chef Uwe Micheel: “Back then, we used to go to cities like Hong Kong or New York for inspiration. Now people are coming here to learn.”

Chef Uwe’s work in the early 1990s ended up acting as a rockfall, with more and more upscale restaurants opening up in five-star hotels. This movement brought variety, diversity and great interest to Dubai’s culinary offerings. And then, in the year 2001, British celebrity chef Gordon Ramsay opened his first restaurant at the Hilton Dubai Creek. That was it. Dubai was placed on the international gastronomic calendar and has never looked back since.

Since then, several blue-chip restaurants have joined the bandwagon such as Rang Mahal (Atul Kochhar, Coya, and Hakkasan), Marina Social (Jason Atherton), La Petite Maison, Zuma and several others. These are the sort of names that are worth booking tickets for the next flight to Dubai.

If you’re in Dubai, be sure to head to some of the famous culinary hotspots in the newer part of town. Check out the top restaurants and eateries in Downtown Dubai, Dubai Marina, Dubai International Finance Center (DIFC) and Jumeirah Lakes Towers. Head to DIFC for high-end dining, and Jumeirah Beach Residence (JBR) for small, independent top-notch restaurants.

Many of Dubai’s fantastic restaurants have made a name for themselves internationally. Check out the following cuisine-specific restaurants next time you’re there!

As with any other country, street food is cheaper, more wholesome and much more satisfying than high-dining. Here are some of the top Dubai street food outlets that any foodie worth his tastebuds simply must check out:

The first annual Dubai Food Festival in 2014 elevated Dubai’s foodie offerings, collating a huge array of foodie events under a single umbrella. The city and the world woke to innovative and creative ways of cooking and eating. The annual food festival firmly integrated itself into the city’s events calendar. In fact, the tourism index shows a good-sized growth pattern towards February, when the food festival takes place.

As the people with money realized that Dubai was attracting foodies, innovative dining concepts started popping up. Hotel At.Mosphere on level 122 of the majestic Burj Khalifa is a testament to this observation. If sky-high dining in a revolving glass-surrounded restaurant weren’t enough, what about a restaurant that brings the French Rivera to life? That’s the Bagatelle, on the first floor of the Fairmont Hotel on Sheikh Zayed Road.

TAKEAWAY: Noire, at Fairmont Dubai, offers a more exciting dining experience – dining in the dark! The idea is to curb one of the senses (the sight) to heighten the others (taste and smell). Waiters and customers wear night-vision goggles to locate tables and what’s on them.

And if you’re still looking for more, there are pop-up markets, extensive food courts, restaurants offering distinctive international cuisines, etc. Any wonder why Dubai is considered the food paradise of the world?

With the growth of top-notch restaurants, another phenomenon has come to Dubai. People now appreciate everything homegrown and organic, which has started a burgeoning sustainability movement in Dubai. Nowadays you can see both in winter outdoor farmer markets, and in desert cafes that local, organic and seasonal foods are gaining great importance. This goes against the grain of international chef offerings and famous global chains who’d rather import their produce.

You can enjoy every international cuisine in Dubai, whether it’s Filipino, Chinese, European, Indian, Pakistani, Lebanese, Iranian, Thai, Korean, Moroccan or any of the several others. Emirati food was not commonly found in restaurants. With the exception maybe of Omnia Gourmet, a celebrated restaurant offering Emirati cuisine. It serves various options such as organic, vegan, gluten-free and even raw cuisine. Al Fanar Restaurant & Café is a traditional Emirati restaurant offering an impressive menu that consists of meat feasts, Emirati rice dishes, snacks, desserts and typical Emirati breakfast dishes. Then there’s the desert safari with BBQ dinner, where you can enjoy both Emirati and continental dishes on the buffet. The scene, we are happy to discover, has changed with more and more restaurants offering pure Emirati cuisine.

As you can see, Dubai developed into an indisputable foodie destination within a decade. We’re curious to see what further developments will take place in the coming decade. An underwater restaurant at the Atlantis The Palm, sky high and revolving restaurant at the Burj Khalifa and several other untold marvels have come up in Dubai. This is one city that simply does not do anything by halves. So don’t think it twice and come visit Dubai’s foodie paradise!

This is a guest post written by a third party for Travel for Food Hub. If you'd like us to feature one of your own articles or become a regular contributor, contact us by clicking on the button below and filling out the form. We would be so glad to share your food and travel experiences!
Previous Instagram Christmas Meal Contest Entries
Next 5 Typical Ingredients of Jamaican Cuisine 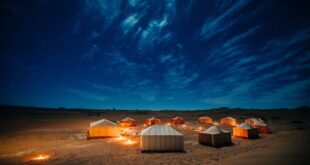 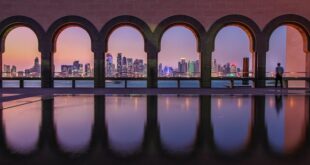 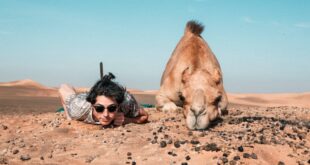