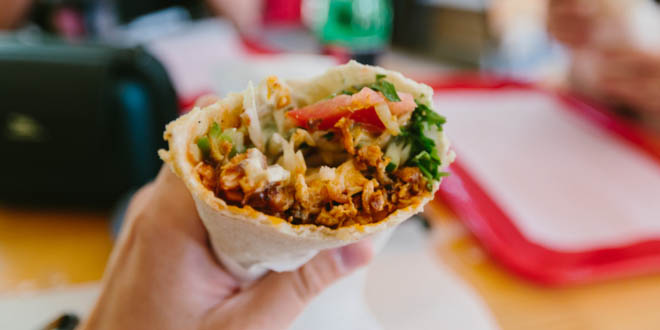 How to Eat Like a Russian Gipster in St. Petersburg

Sorry Moscow, St. Petersburg was and is the cultural capital of Russia. You can’t beat the brilliant pink, yellow, and blue buildings that line every street in the center. On top of that, there are countless famous churches, canals, statues, museums, and literary spots scattered about. In contrast to all these famous, old sites, St. Petersburg has a vibrant hipster (or, as they say, gipster) culture that shapes modern life in the city. There is a gipster influence in many aspects of life, including the food! While some may complain about the weird clothes and music of this new-wave trend, the impact on restaurants, cafes, and bars is more than welcome. In fact, gipsters seem to be behind most of the healthy, diverse, and crazy establishments in the city. If you’d like to live this experience, read on to learn how to eat like a Russian gipster.

Russians do not have breakfast out very often, gipsters included. Instead, there are a few simple dishes they make and eat at home. The most popular of these is kasha, which is similar to porridge or oatmeal. It is a staple of Russian cuisine, and there are even a few common adages about it.

TAKEAWAY: One of these proverbs demonstrates traditional Russian food attitudes: “she da kasha, pesha nasha.” This means “she” (cabbage soup) and kasha are our foods. Famine shaped much of Russia’s history and culture, so this phrase demonstrates those humble roots.

There are a few different types of kasha for those interested in testing this staple. The most popular, and healthiest, is from buckwheat. While this hearty variety is available in some stores outside of Russia, most restaurants in and outside of Russia serve a sweeter variety: rice kasha.

Russian street eats are a great option for lunch. For such treats, Loft Project Etagi is paradise. This place has everything. There are stuffed Japanese pancakes, giant dumplings, vegan pitas, pizza, and anything else you can imagine. One of the most common options for street food in Russia is shawarma (or gyros). There is even a small linguistic fight between Moscow and Petersburg over the proper way to make and pronounce it. Ask anyone about the difference between “shawarma” and “shaverma,” and you’ll probably get an earful.

For more traditionally “Russian” food try one of the stolovayas; they are your best bet. They aren’t known for their customer service or spectacular quality, but they’ll fill you up and transport you to the USSR for only a couple of dollars. While tourists fill stolovayas on the major streets, those around the rest of the city serve locals too, promise.

Afternoon coffee in an anti-cafe

There are some great coffee spots in Petersburg. One of the best is Coffee 22 not far from the Kazan Cathedral. Anti-cafes are more popular than traditional cafes amongst Russian though. These places charge by the minute instead of for what you consume. So that people stick around, anti-cafes offer games, tea, coffee, and cookies. Try the anti-cafe at the top of the stairs in the Freedom palace (Kazanskaya 7) or on Saturday afternoons go to Ziferblat for a food tasting.

Nevsky holds lots of tourist traps adjacent to some gipster restaurants. “Ukrop” is not far from the Hermitage. It is the first raw restaurant in Russia. On the other hand, “Zoom” isn’t far from sites either. It serves a range of foods. The menu is actually a book which you can color on.

To eat like a Russian, don’t eat Russian food when you go out. Instead, head to Georgian restaurants. Georgian food is amazing. Make a reservation at “hachipury vino” to understand what the fuss is about. Hachipury is a cheesy flat bread and kinkhali are juicy dumplings. Get them both with ground salads or loobia. In fact, try anything, you may find you’re new favorite cuisine.

Drinks and fun in Mayakovskogo

Don’t go to Nevsky for drinks. Rubenstein is better, but only slightly. Instead, gipsters head to the bars off of Mayakovskogo like “Dead Poets” or “Redrum.” Go there because not only are these great bars, but the whole area is good for cocktails and fun beers. If you’re more of a cider-person, though, head to “Sideria.” The selection is unparalleled.

While most Russians do not eat out much, there are still plenty of great spots to get a glimpse of modern Russia in her historical capital. For more suggestions and information on the city, check out the Calvert Journal and download the app for an easy to use map too. Even if you have the map, get lost and take in the colorful streets so you can explore the old city with your eyes and the modern through taste. That way you will definitely learn how to eat like a Russian gipster.

Kate is a language student. Last year she lived in Russia, Israel, and Morocco. She also traveled to many other destinations and explored the cuisines there. Now she'll offer you tips to get the most out of your traveling experiences around the world.
Previous 6 Indian Vegan Dishes You Will Love
Next 7 Top Food Bloggers in Los Angeles 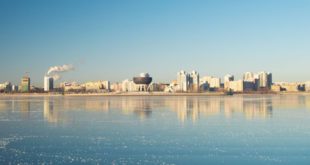 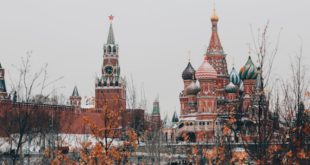 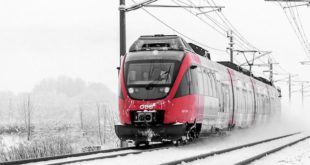