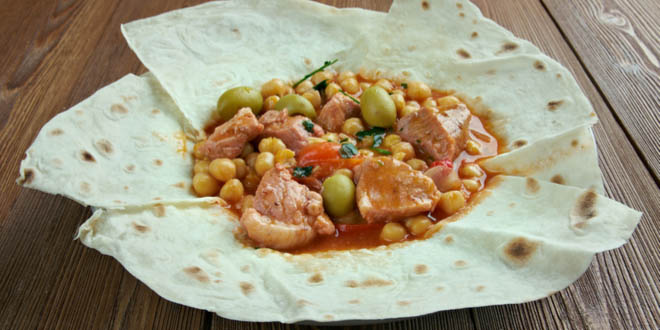 Yemen, located on the south-eastern tip of the Arabian Peninsula, is a rugged, mountainous, yet strikingly beautiful country with a very rich history. Much of the modern world owes a debt of gratitude to Yemen since it was here where coffee originated!

TAKEAWAY: The first traders that bought coffee bought it from the Yemeni port of Mokha, where the word “mocha” comes from. Mokha coffee beans come from the Coffea Arabica plant, which is endemic to Yemen and amounts to 60% of the world’s coffee production.

Yemeni food is a little-known culinary adventure that more people should try. These are my 8 favorite Yemeni dishes. The dishes are served communally, typically meant to be enjoyed by family or friends together. So if you feel like taking a trip to this Arabian country, invite some partners to come with you.

Shafoot is one of my favorite Yemeni dishes. It is a traditional local dish, unlike other middle eastern foods which are quite cross-border, coming from the Levant, Iraq, Northeast Africa, or the Arabian peninsula.

Shafoot’s made from yogurt and has a great savory and sour flavor. The yogurt is the champion of this dish as its the intermediary that brings all the other ingredients together.

The base of the dish is a sourdough bread which is soaked in the yogurt. However, it this kind of bread is not available, it can be substituted with regular flatbread. The meal is finally topped with a variety of greens and sometimes minced meat.

Holba is a foamy fenugreek broth that is used in a variety of Yemeni dishes, but I decided to note it as a separate dish because of its uniqueness. Fenugreek by itself is quite bitter, but the way it’s prepared into a foamy broth makes it give a really nice kick to anything it’s topped on. It’s most often used as a topping for Saltah.

Saltah is a traditional Yemeni stew that is a staple in most households. This dish is cooked with a base of tomatoes and garlic, but it’s very versatile and can adapt to whichever other vegetables or meats are currently available. Saltah is topped off with a thick layer of Holba and eaten with bread.

Each bite is something else: you get the comfort and earthiness of bread, combined with the aroma of garlic, the tanginess of tomatoes, and a slight bitter kick from the Holba. It’s no surprise Yemenis enjoy Saltah so much!

Hanith is one of the oldest recipes in the world. According to tradition, the prophet Abraham served Hanith to two angels who visited him.

Hanith is made from veal, and is incredibly tender. It’s prepared by cooking the meat at high temperatures in a fully sealed recipient. The temperature combined with the sealed oven causes the fat to slowly melt and tenderize the meat as it’s cooking. The result is an incredibly soft, flavorful, and tender piece of veal.

Bint al Sahn is a sweet dish that once you try it, you’ll go crazy for. The taste and texture are incredible, yet the dish itself is very simple. However, it requires some patience to prepare and get the layers of bread to the perfect consistency

The best bites of this dish are when the bread is completely soaked in honey. And if you run short of honey, you can always pour more on top. The black cumin seeds give an excellent earthy kick to the balanced sweetness of the bread and honey.

Mandi is a filling and tasty meal made with rice, meat, and spices. The name “Mandi” comes from the Arabic word for “dew,” an allusion to the dewy texture of the meat.

The meat is first boiled with spices. The water used in boiling the meat is then used to cook the rice, infusing the rice with the flavors of the meat and spices. Finally, the meat is then roasted over charcoal to crisp up. This multiple, mixed cooking process gives Mandi an incredible flavor.

Although originating from the south of Yemen (in the Hadramaut area), Mandi has become popular all over the Arab world. In this article, you can learn more about eating Mandi rice in Dubai.

Qahwa, the Arabic word for coffee, is incidentally the origin of the English word “coffee.” The beans for this drink were first cultivated on the slopes of Yemen and in the horn of Africa, and Yemeni Qahwa is the “original” coffee. Even though coffee is now found all over the world, Yemen sadly has declined in production.

If you have tasted Turkish coffee, it’s quite similar. Qahwa is pleasantly bitter and flavored with a hint of spices. Therefore, some people in the Arab world like to pop a date in their mouth and then take a swig of Qahwa to mix the sweetness of the date and the bitterness of the Qahwa.

Tharid is an Arabic word meaning “mixture”. This meal has long been one of the standard Yemeni dishes, especially for guests and travelers. The reason for this is that it combines many food groups into one delicious serving.

Typically, Tharid is a broth with vegetables, meat, and pieces of bread mixed in. The best way to eat this meal would be to pick up a piece of bread with a piece of vegetable or meat and enjoy the broth-soaked goodness in a single bite.

This dish is very versatile. In fact, lots of different vegetables and meats can be mixed together to get different flavors every time.

Unfortunately, due to the current situation in Yemen, traveling there is not quite as easy and safe as it used to be. Hopefully, once things settle down, tourism will start to pick up again. The coastal areas of Yemen are untouched paradises on the Arabian sea. Nonetheless, for the time being, there are plenty of Yemeni expats all over the world, and many of them love to share their love of home cooking.

Shabbir is a coffee fanatic from Chicago, Illinois, currently living in India, and willing to hop on a plane at the drop of a hat. He loves exploring new cultures and trying new experiences.
Previous A Guide To The Best Michelin Restaurants In Shanghai
Next The Biggest Pizza Party in London: Ciro’s Pizza Pomodoro 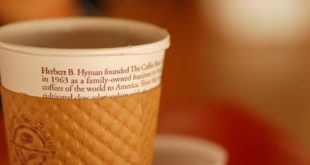