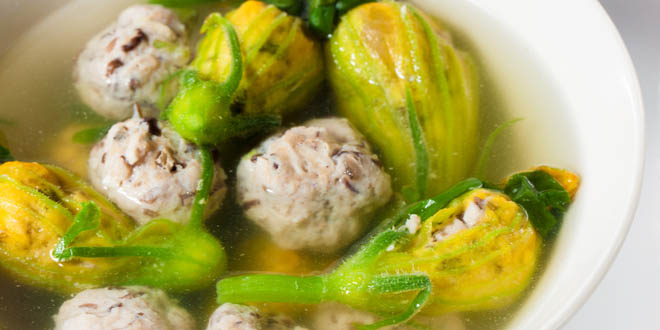 Situated at the mouth of the Mekong Delta, in the South of Vietnam, Ho Chi Minh City is the largest urban area in the country. Previously known as Saigon, the city was one of the jewels of the French Empire. Nonetheless, it underwent 25 years of guerrilla warfare during the fight for freedom from French colonialists, and then during the Vietnam war until 1975.

TAKEAWAY: While Vietnamese cuisine is one of the classics of Southeast Asia, nearly two centuries of French colonial occupation left their mark. Beef noodle soup is seen as one of the most typical dishes of the country, but beef was actually introduced by the French. That’s why it retains the French name (bo=boeuf). Similarly, the ubiquitous banh mi, a short baguette sandwich, is the result of a mixture of rice flour and standard wheat flour. Moreover, soft cheese can be found in many sandwich stalls (pho mai=fromage). Finally, as a result of French occupation and cultivation, Vietnam is now the world’s number 2 producer of coffee beans.

Today, the city is home to around ten million people, making it one of the largest cities in Southeast Asia. Vietnam is known around the world for its varied, fresh cuisine. However, in between bowls of pho and bun cha, why not try out a few of these weird street foods, available in Ho Chi Minh City?

Insects Are a Favourite Throughout SE Asia

Insects are more popular as a foodstuff than you might think. Some people put this down to the fact that large parts of Southeast Asia have suffered serious famines during various conflicts. Other areas are simply so poor that insects have become a standard part of the daily diet for many people. If you’re willing to take a chance and head off the beaten track, it’s easy enough to find some fried insects on offer in just about any part of Southeast Asia. In Vietnam, the favorite is white cricket.

Generally fried in either clarified butter or coconut oil, many regard it as a tasty snack worth seeking out. Traditionally, it’s wrapped in laksa leaves, also known as Vietnamese mint. This plant has slender leaves and an unusual but not unpleasant taste of chlorine. The taste of insects has been likened, unsurprisingly, to that of shrimp or crab. Worth a try.

Blood soup may sound a touch off-putting, but ultimately, it’s surely no worse than black pudding, is it? This dish can be found throughout East Asia, prepared in a number of different ways. Essentially, the blood of either a duck or pig is cooked down with spices and other additions. Peanuts are a popular choice, as are spring onions. After some time, a thick consistency is achieved, which is the preferred way of serving it.

Some countries go even further, cooking it to such a thick consistency that the entire blood ‘soup’ is solid enough to be served on a stick, dipped into crushed peanuts. However, in Southern Vietnam, you’re more likely to see it served from a bowl. The slightly jellyish consistency can be a touch unsettling, but the deep umami flavor combined with the sharpness of herbs and agreeable texture of peanuts is a favorite for many.

Barbecue Rodents Are a Favourite with Drinks

Much as with insects, the presence of mice and other rodents on a menu is a clear indication of some of the hardships that Vietnam has been through in the past. While they might not be your first choice for an accompaniment with your drink, they have nevertheless found a great deal of favor among the local population. A large amount of Vietnamese cuisine and eating out is focused on bia hois, outdoor bars that serve beer made on the day, for consumption within a matter of hours.

Most of these places serve a range of snacks as well, anything from a handful of small barbecue pieces to entire banquets and hotpots. If you look hard enough in HCM City, you can find a few serving barbecued rodents. Vietnamese barbecue is without compare in the world and is one of the real highlights of the national cuisine. They treat rats and mice in much the same way they treat other food. First marinating them using ingredients such as fish sauce, chilies, and lime juice, then cooking over coals for a fantastic side dish to enjoy with a beer.

If you’ve managed to find your way to some stall selling crickets, the odds are that you won’t have to look far to find somewhere to get coconut worms. These animals are vaguely regarded as vermin. Coconuts are a key element in the diet of Southern Vietnam and other tropical countries.

The flesh can be pressed for coconut milk, while the water is often served chilled as a cooling drink. Then, the flesh is used for a wide range of sweets. While coconut worms are certainly detrimental to the health of the plant, many people are more than happy to take advantage of a free snack. The creatures are generally cooked in clarified butter and flour, with minimal seasonings. They look utterly disgusting, but given their widespread popularity, there must surely be something to them.

Frogs are a favorite throughout Vietnam, and East Asia in general. Particularly in more rural areas, frogs are easy to come by and can form a convenient and readily available part of someone’s diet. They are surprisingly enjoyable to eat as well, certainly not something to be sniffed at. The flesh generally tastes like some kind of vague cross between chicken and white fish. It has the flaky texture of fish while maintaining something of the fleshy tenderness of the dark chicken meat.

Frog legs, like so much of Vietnamese cuisine, are generally served in a fairly simple manner. They are either grilled or deep fried in batter, then served to be shared between a few people. A dip of soy sauce or fish sauce and chilies, the ubiquitous condiment of Vietnam, is guaranteed a place on the table. Combined with plain rice and rau muong xao, or morning glory, you have a classic and delicious Vietnamese dish.

Hot vin lon is known to foreigners in Asia by many different names, but its most familiar one is probably balut. The food has gained a degree of infamy given the faintly disgusting nature of what it actually is: a duck egg, with an embryo aged around nineteen and twenty-one days contained within it.

This is enough to put off many foreigners, though it enjoys a degree of popularity within China, a country that has had more than a passing influence on the culture of Vietnam. Locals consider it a delicacy, and it’s certainly a one of a kind. Generally served with minimal extras, hot vin lon is cooked briefly and combined with lime juice, and possibly a few laksa leaves. If you’re looking for a one of a kind eating experience, this could be worth a look in.

These are just a few of the most unusual Vietnamese foods on offer in Ho Chi Minh City. The reality is that the place, and indeed the country as a whole, is so overflowing with cheap, good quality meals that you’re never going to be short of something amazing to eat. That said, if you’re looking to experience a more outlandish end of the scale, you can’t beat these six.

William Benetton loves to travel around our huge world and loves to share ideas about health and meet new people. He visited a lot of countries and wants to share his experience. Last few months he designed his own website and here you can see it. He can't live without seafood, traveling and morning coffee.
Previous 5 Amazing Things to do in Santa Monica
Next Mastering Greek-American Baking: Making Melomakarona 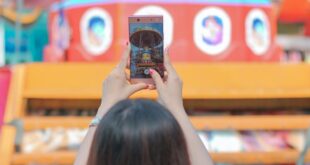 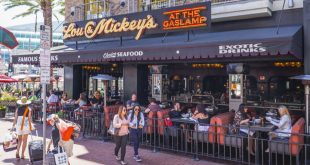