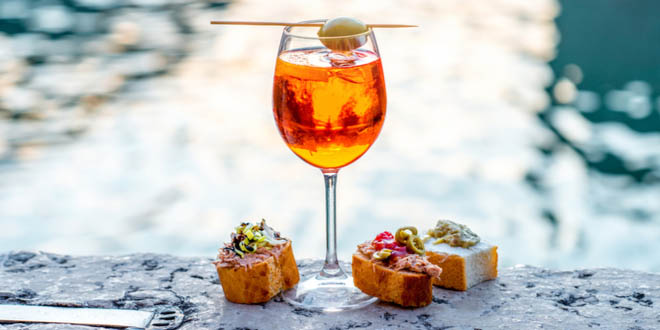 5 of The Best Foods to Eat in Venice

Visiting Italy means plunging into its culinary traditions. Venice, the Floating City, is no exception. Sampling the best foods in Venice is an important aspect of connecting with the beautiful city’s culture. Due to the popularity of this city as a tourist hotspot, figuring out what to eat in Venice can be a challenge. After all, nobody wants to pay inflated prices for mediocre foods. Not to worry though, this guide has you covered. These are five of the best foods to eat in Venice, and the places to get them.

TAKEAWAY: Due to Venice’s commercial trading location, the city has served as a bridge between the Eastern and Western world. Featuring vegetables and freshly-caught fish, Venetian food is enriched by exotic ingredients. These include stockfish from Norway and spices from Asia.

Baccalà, salted cod preserved in salt, is a delicacy and a central ingredient in many of the best foods to eat in Venice. Introduced to the region in 1431, this staple of Venetian cuisine has a fascinating backstory. When a ship from Venice full of spices got caught in a storm and dragged North, some Venetian sailors found themselves in Norway. Some of the sailors died, but others survived. While in Norway, these sailors tasted dried Norwegian stockfish, and the rest is history.

Baccalà Mantecato is prepared by mixing the fish with extra virgin olive oil, milk, pepper, salt, and garlic until it’s creamy. Then it’s spread across some delicious bread, and eaten as a cicchetti, or a small Italian appetizer plate. Check out some of the best Baccalà Mantecato in the lagoon at Al Timon in Sestiere Cannaregio.

No matter where you decide to eat in Venice, you’ll find Sarde e Saor. Dating back to the 1300s, this dish features an interesting mix of sweet and bitter flavors. Sarde e Saor is served as a cicchetto (small starter plate) at one of Venice’s many bacari (small bars where locals pop in for a glass of wine and a snack). With Pine nuts and raisins added to cut the bitterness of the vinegar and white onions, this sardine based dish is meant to be eaten at least 24 hours after preparation. Enjoy it with an Ombra or a Spritz for an authentic Venetian experience.

This simple and traditional Venetian meal consists of rice and peas and has an interesting origin story. Not quite risotto and not quite soup, Risi e Bisi is especially popular in April as a Spring dish. In fact, the Doge of Venice himself, used to stand out in front of Doge’s Palace and salute his subjects with a plate of Risi e Bisi. Now, this dish is a symbol of St. Mark’s Day, which Venetians celebrate on April 25th.

Served in a sauce of onions and salt-cured fish, the noodles in this dish are longer and thicker than spaghetti. This starter food was once only served on holy fasting days that included Ash Wednesday, Christmas Eve and Good Friday. The good news, now you can enjoy this Bigoli in Salsa all year round in the Veneto region. However, it’s still a traditional holiday food, and the most popular dish to eat on Christmas Eve.

Buranelli are traditional donut-shaped cakes. Like other foods on this list of what to eat in Venice, these sweet snacks were popular with sailors and fishermen who brought them on sea voyages. Originally round, now buranelli are also shaped like the letter “S,” which is helpful for dunking in coffee. To satisfy your sweet tooth, head to one of the best Pasticcerie in Venice, Tonolo.

Wining and dining in Venice is not only an excellent way to connect with local Venetian culture, but it also offers insight into how this region of Italy differs in cuisine from other Italian cities and areas. If you visit Italy, one thing you’ll hear over and over is, “There’s no such thing as Italian food,” which is very much true. Roman food is different from Florentine food, and Sicilian cuisine is different than Venetian cuisine. If you follow our advice about the best foods to eat in Venice, not only will you be eating fresh and local, but you’ll experience a true variety of eats in Italy.

Born and raised in Venice, Italy. Eleonora is obsessed with traveling and always sleeps with a suitcase under my bed. After studying abroad in the U.S, Australia and France, she moved to Rome led by a passion for art, literature, and the italian culture. At The Roman Guy, she's digital marketing, content & PR specialist, aka "The Venetian Marketer". https://theromanguy.com/
@TheRomanGuy
Previous 8 Best Seafood Restaurants in Fiji You Should Dine At
Next 8 National Dishes You Need To Try 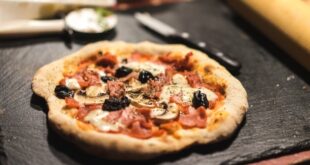 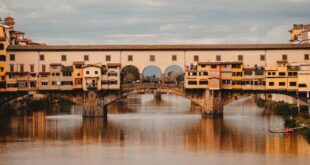