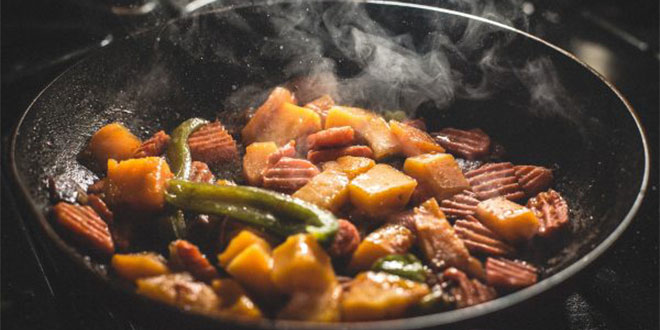 7 Weird And Wonderful Foods Around The World

You can’t travel without trying out the local food. And most of the time you will find a delicious dish that you can enjoy and think of fondly when you are back home battling with wanderlust. However, aside from delicious curries, authentic pizzas, and tasty tapas, there are some dishes that are a little more unusual. If you are a bit more adventurous, however, you might want to try some of the weirder offerings available. So here are some of the best weird and wonderful foods around the world.

TAKEAWAY: If you are curious about weird foods, take a look at the American TV show “Bizarre Foods with Andrew Zimmern.” Since 2006, Zimmern has traveled all over the world to try the most exotic, bizarre and disgusting local dishes. He surely has a hardened stomach!

Pho is a popular dish in Vietnam and a great thing to try. On the other hand, while Pork Blood Pho is not one of the weirdest street foods in Vietnam, it is not for the faint of heart. Using parts of the pig including liver, kidney, lard, and intestines as well as the coagulated blood, this is actually a delicious dish which will fill you up.

The rotting carcass of a Greenland shark is buried underground and squashed under stones to make sure the poisonous internal fluids drain out. It is then hung up until dry and chopped into strips before serving. Hákarl has a strong smell and taste. In fact, Anthony Bourdain described it as  “the single worst, most disgusting and terrible tasting thing” he had ever eaten.

There is a reason this dish hasn’t made its way to anywhere but Scotland! Imagine the heart, liver, and lungs of a sheep, mixed with spices, onions, oatmeal, and suet and then casually cooked inside the sheep’s stomach. Apparently, it is surprisingly tasty, but it’s probably best if you don’t dwell on what it’s made of when you take that first bite.

The good news is that this egg is not a century old. However, the bad news is that it is a rotten egg. It’s preserved for several months in a mixture of clay, ash, and quicklime until the yolk becomes a dark green or black color and the white section turns into dark brown jelly. What’s not to love?!

The Italians call this “Casu Marzu,” but tourists know it as “maggot cheese.” The latter is a pretty fitting name for this cheese made of sheep’s milk that happens to be full of live larvae. It is said to have quite a strong aftertaste, although who knows if that is the cheese or the wriggly maggots themselves! 1Cover explains that the maggots can leap up to 15cm, which is a pretty terrifying thought!

Directly translated, shirako means “white children.” But in terms of this dish, it is the sperm sacs of fish such as cod, angler or puffer – yummy! Another layer of grossness is the fact that it looks like little brains but is said to taste a little like a sweet custard. So if you can get over the thought of what it is, it might be worth a try!

This interesting dish can also be found in Eastern Europe and Turkey and is simply the stewed head and feet of a cow. Delicious. You could almost be okay with it if it weren’t for the fact that the cow’s skull is usually sat in the bowl judging you…

Just because a dish is a little weird, that doesn’t mean it won’t be completely delicious. Sometimes you have to be a bit open-minded and let go of any preconceptions. You might find something you absolutely love – after all, for it to be served to thousands of people daily, it can’t be too bad! So next time you are faced with any of these weird and wonderful foods around the world, give it a try, you might be pleasantly surprised!

Have you tried anything a little quirky on your travels? Let us know in the comments what you thought!

About the Author: Henry Parks just came back from a 5 month backpacking trip around Asia. He’s been doing freelance travel articles to share his adventures. He’s been to several countries in Asia, Europe and Latin America. So far his favorite destinations are Thailand and Japan.

This is a guest post written by a third party for Travel for Food Hub. If you'd like us to feature one of your own articles or become a regular contributor, contact us by clicking on the button below and filling out the form. We would be so glad to share your food and travel experiences!
Previous 5 Types of Bakeries You Can Find Nearby in the US
Next 8 Kyoto Cuisines You’ll Certainly Enjoy